Warning: Use of undefined constant DATABASE_SERVER - assumed 'DATABASE_SERVER' (this will throw an Error in a future version of PHP) in /nfs/c12/h05/mnt/219892/domains/jetsetjustine.com/html/wp-config.php on line 28
 H&M Flagship Party: A lesson in avoiding people – JUSTINE

Last night, every single person who is or has ever been marginally involved in Toronto’s fashion scene – like I mean, even dipped their finger in it for five seconds – attended the H&M launch party for their newly renovated Canadian flagship store at CF Toronto Eaton Centre. Not for anything, but, when a retailer can get all of Toronto’s biggest egos to wait in line at the door of a party without too many hissy fits and “do you know who I am’s?” there is something to be said about that. And you know what? It was totally worth the wait. What a fucking blast!

It’s about time Toronto had a shindig like the one we had last night.

However, in 57,000 square feet of people, you’re bound to see the good, the bad and the ugly of your social circle. I spent my entire night in a corner, paranoid. Afraid of who I might run into. Someone whose name I don’t know, but should. Someone who I find extremely annoying, but should probably say hi to. Another person whose email I didn’t answer. And another person who didn’t answer mine. A person who’s too drunk. Another who’s too sober. And then that person who I told to go suck a thistle last year, and haven’t spoken to since. Yup, all there. 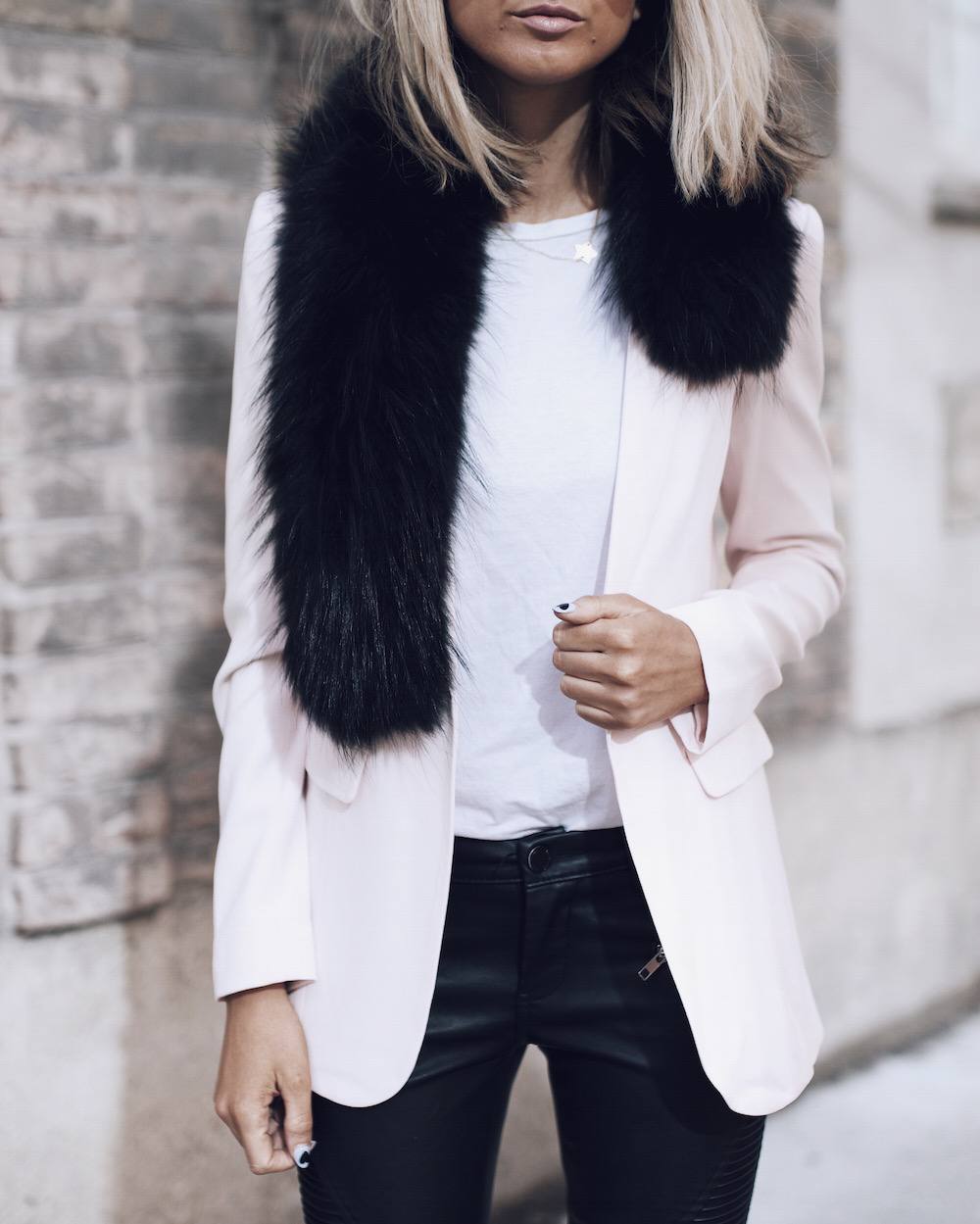 You know, for the first half hour or so, these parties are thrilling. All your friends in one space. You’re partying with all your favourite peeps – every corner you turn there’s another squad member ready to turn up for your Snapchat.

And then an hour later you’ve back yourself up into a corner like Polkaroo, only making an appearance when you know it’s safe. Or clinging to the same three people the entire night hoping that they will shield you from a potential bullet. I may or may not have spent a significant amount of time locked in a fitting room texting my mom until some of the people I can’t stand finally went home.

Call it anthropophobia, call it a case of the ex – I mean, this is the reason I don’t ever do Uber pools. Get in a car with up to five unknown “wildcard” people in the city of Toronto? Like, hello. That is just asking to run into your ex or old skeletons in your closet. Also another reason I don’t answer phone calls from random numbers. I am totally the person sending the “new phone who dis” text message. 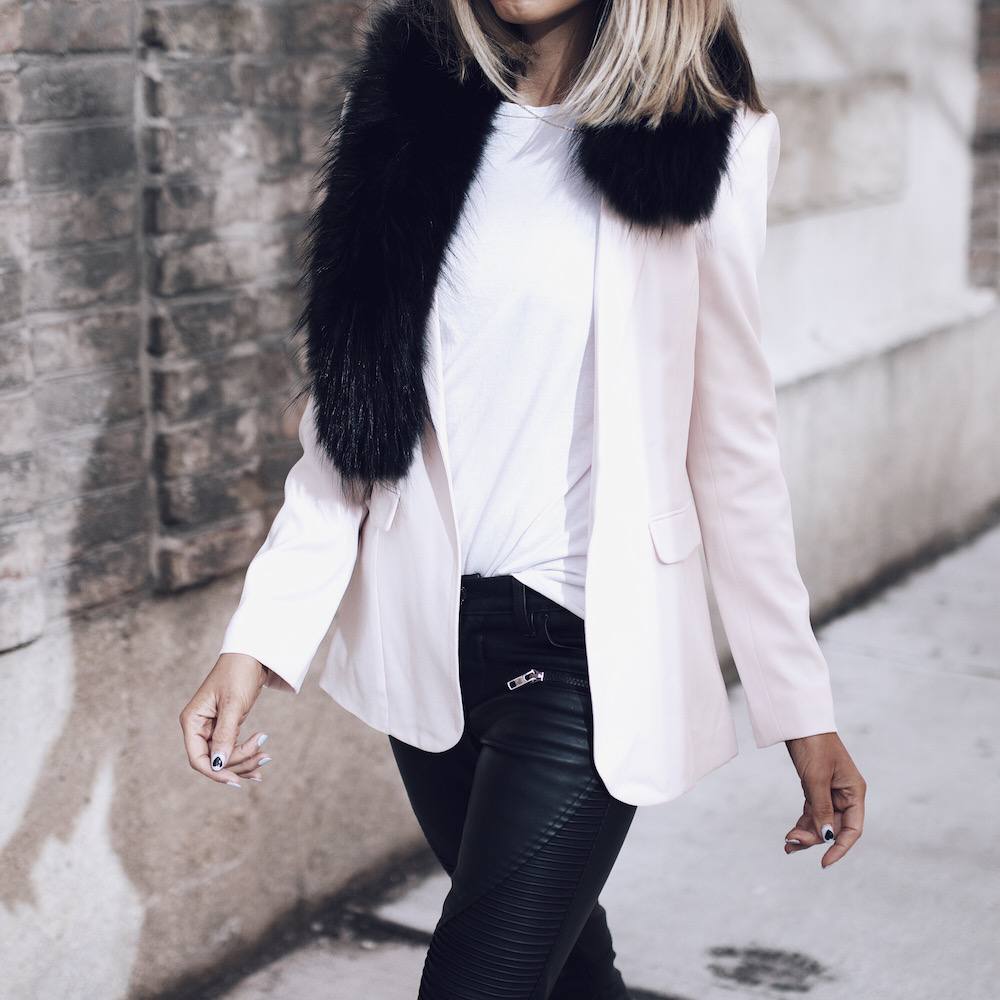 For better or for worse, sometimes you just don’t want to engage in even the smallest of smalltalk with any living soul. And other times, like at my yoga studio, I show up for class half an hour early just so I can loiter and cruise for acquaintances. I comment on people’s tattoos, I ask them if my water bottle is dishwasher safe when I notice we have the same brand, read the weather to people, I’ll hold the door open, do that stupid closed-mouth smile, and even – as shameful as it sounds – randomly join in on other people’s conversations if I hear the name of like a restaurant I just ate at or a brief pause. “So, how about that bow pose?”

Leave me a comment if you’ve ever found yourself in any of these crazy situations. But if you just came for #outfitinspo, here’s how to get my look: 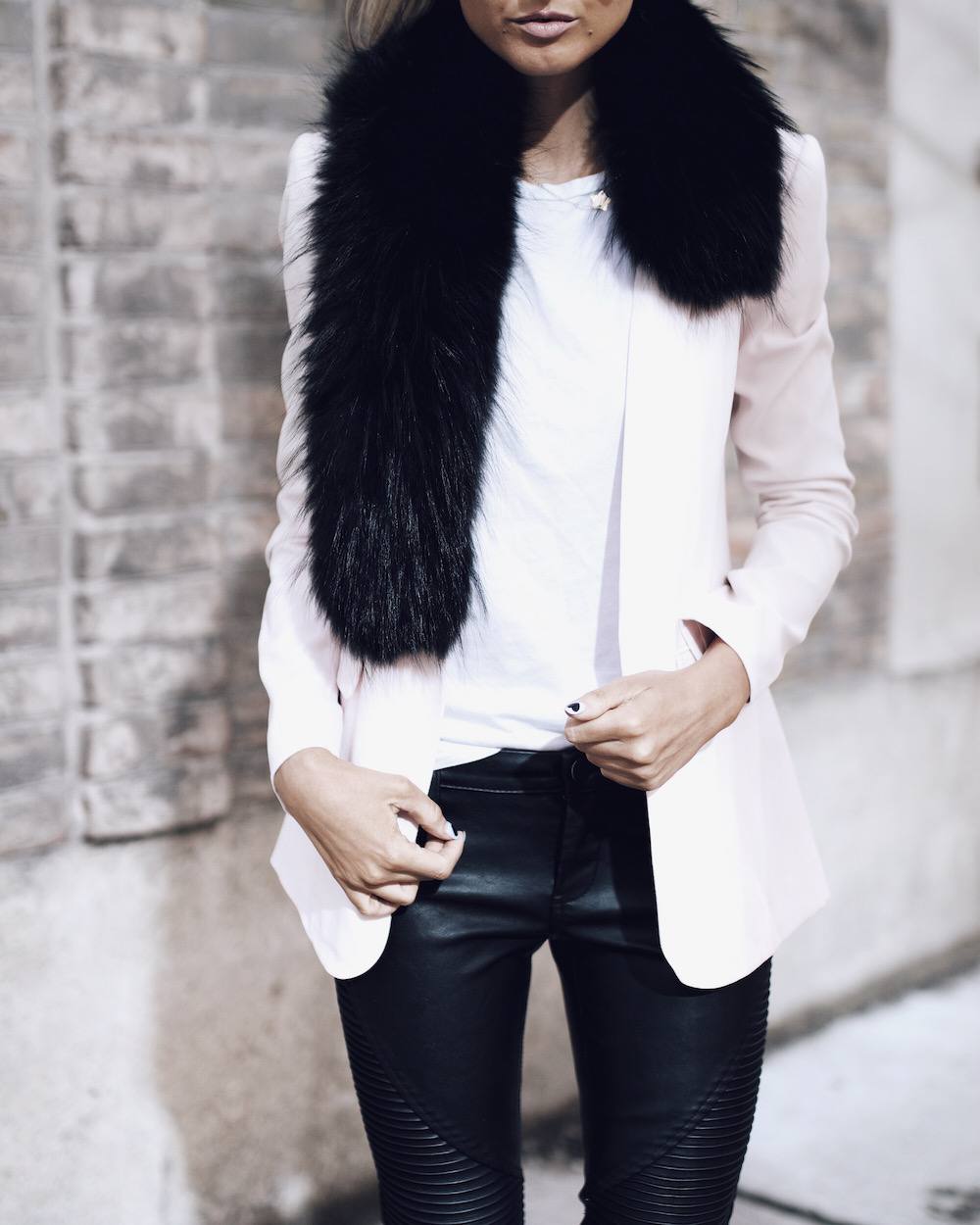 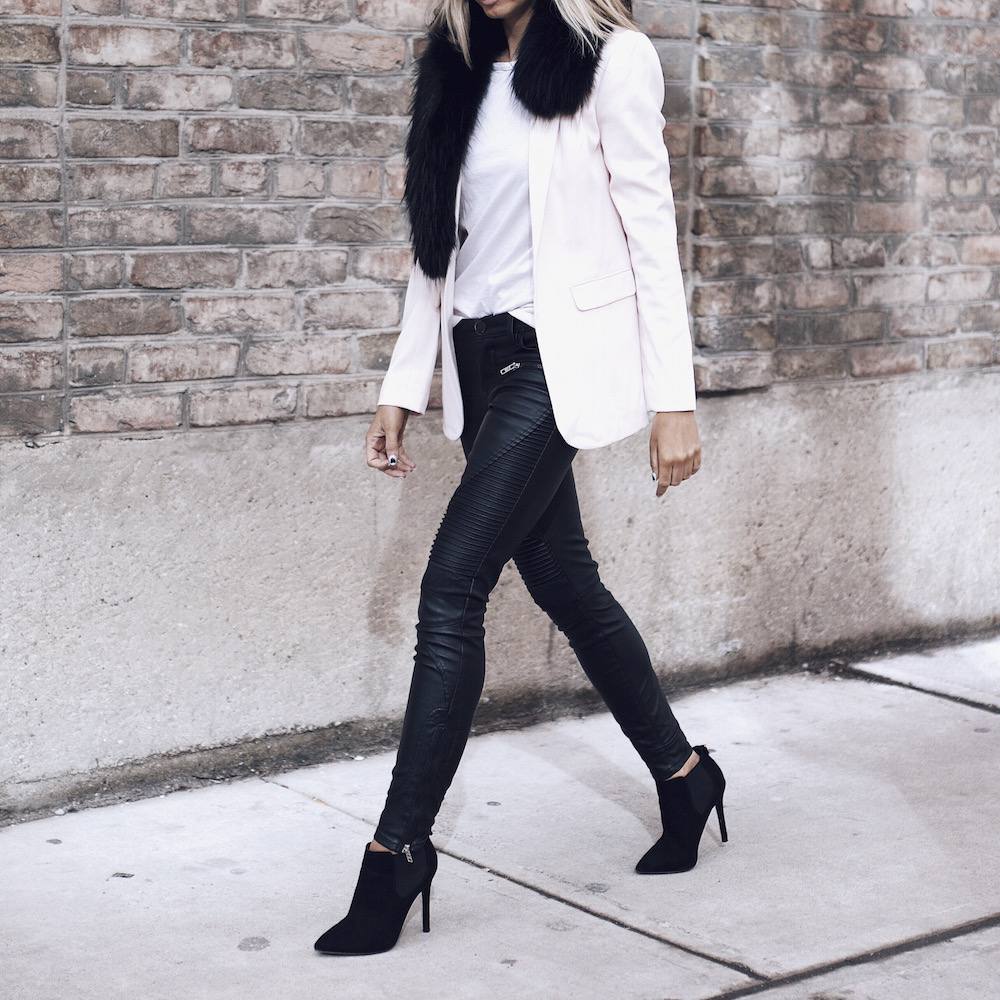 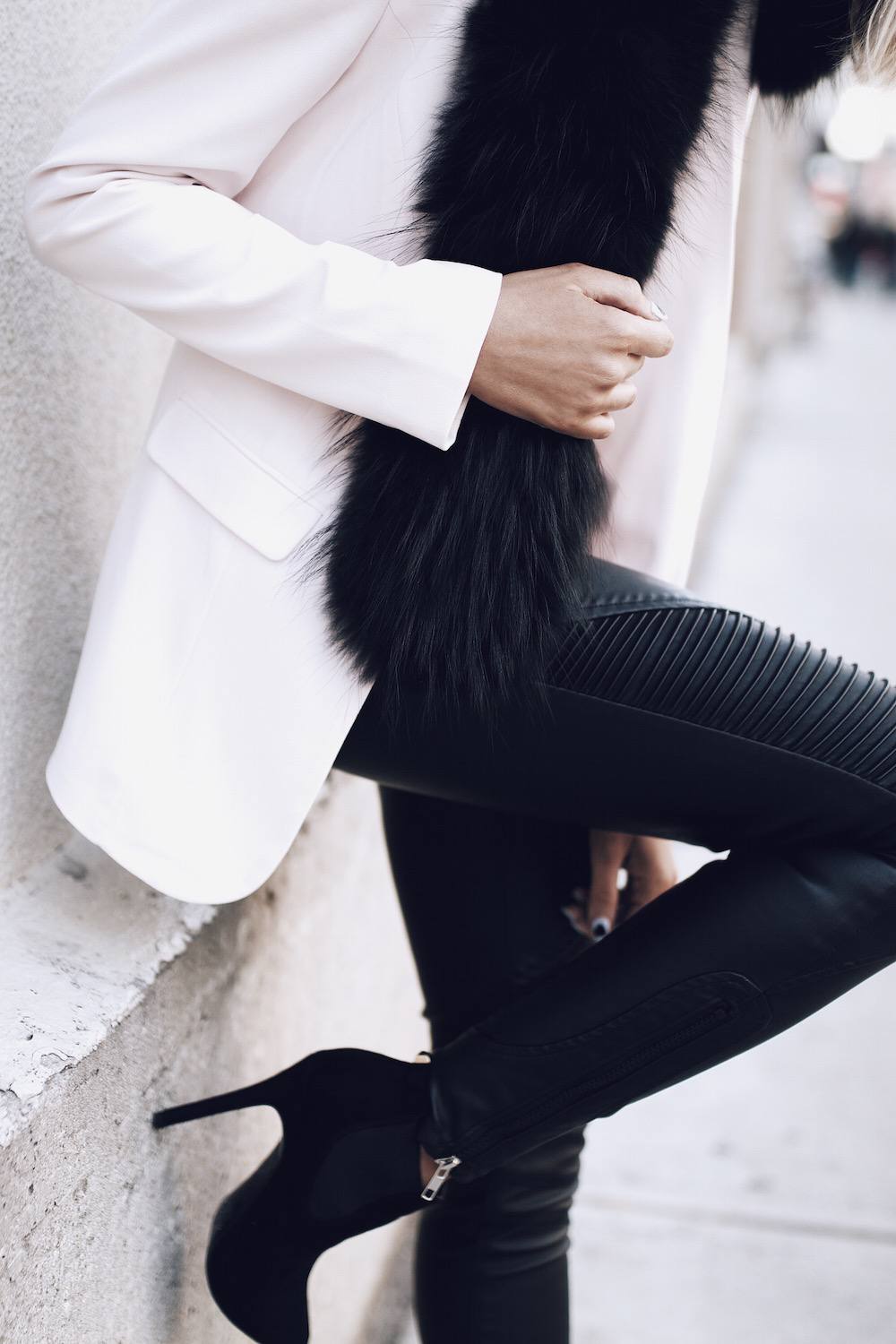