Warning: Use of undefined constant DATABASE_SERVER - assumed 'DATABASE_SERVER' (this will throw an Error in a future version of PHP) in /nfs/c12/h05/mnt/219892/domains/jetsetjustine.com/html/wp-config.php on line 28
 Jetset Style | Wearing Soia & Kyo, Front Row. – JUSTINE

Contrary to popular belief, I am not always seated front row at fashion week. However, there was this one time when I woke up to an email saying that I would be seated front row, as a designer guest, at the Soia & Kyo Fall ’14 show. That was two Thursdays ago, and I have never been the same.

Alex and I got to wear coats from Soia & Kyo’s Fall ’14 collection to the show. It was some Anna dello Russo-type privilege. We obviously chose matching red wool coats with black faux fur collars. I kept my look colourblocked with grey, red and black. Alex did some orange in there and Hudson’s Bay stripes. He’s obviously gotta one-up me. Every single time.

The Soia & Kyo Fall ’14 collection (including our coats) was absolutely a winning outerwear collection. From luscious camel overcoats to quilted puffers, fur and boiled wool, you can’t just show those kind of things to a girl with an outerwear problem, and then stick her in the front row. I would be lying if I said I didn’t have a custom alpaca wool coat already in the process of being made for next winter. Punxsutawney Dr. Phil: “Yeh have a problem.”

Thanks to brands like Soia & Kyo, I can happily sustain my addiction to outerwear.

True or False: Nobody thinks I sit front row at fashion week other than my mother and aunt. I may or may not have lead them to believe that so STFU and don’t blow my cover. I am really already in the process of getting a coat made for next season. 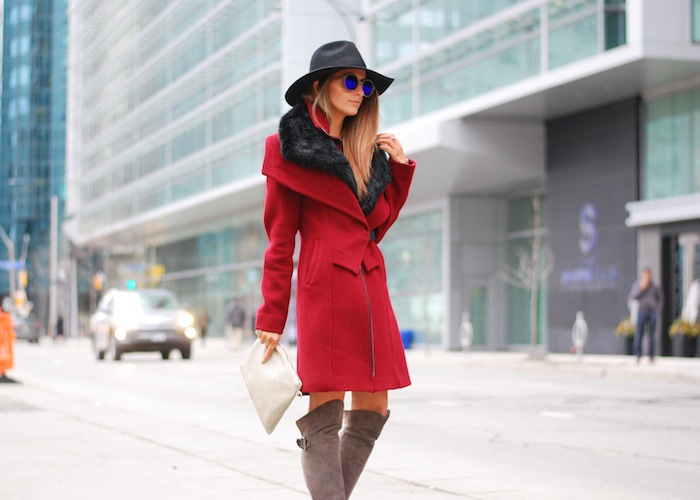 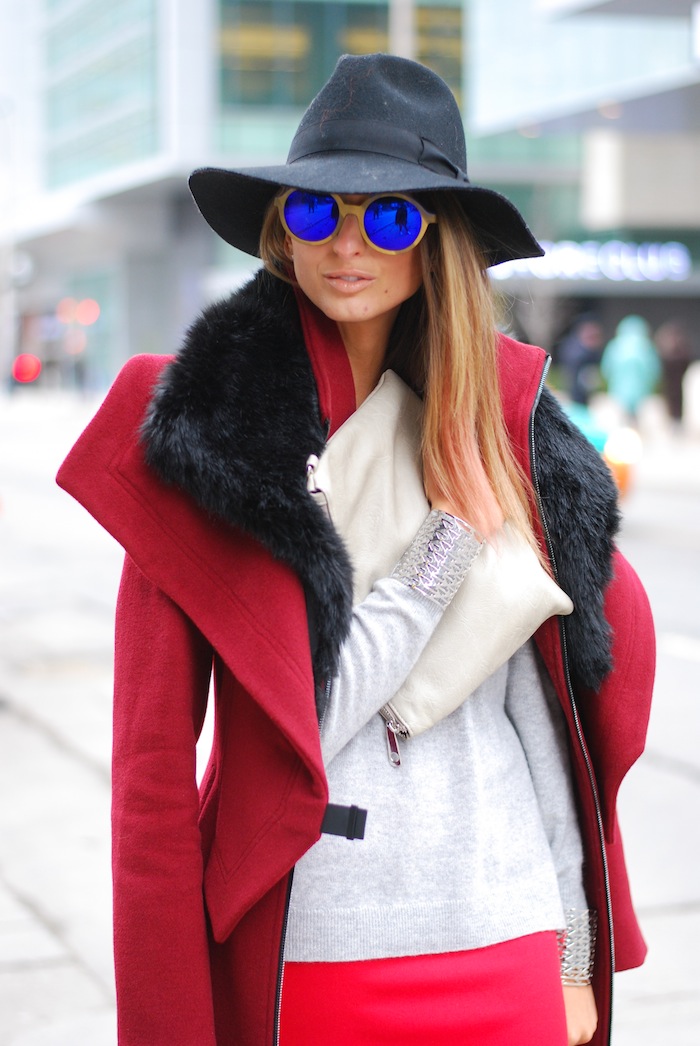 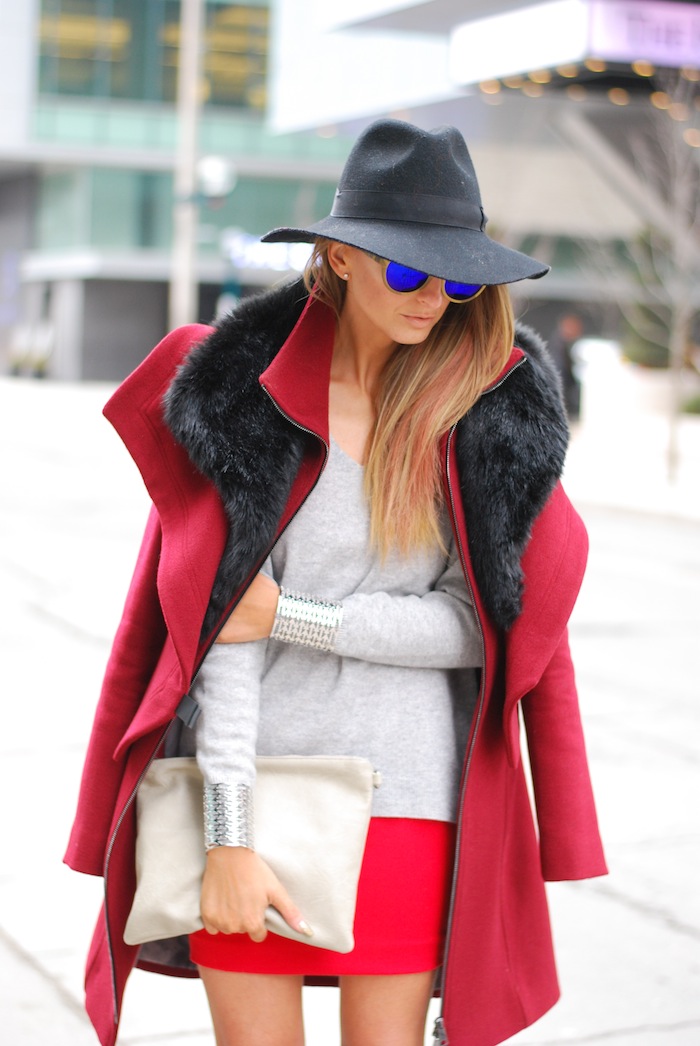 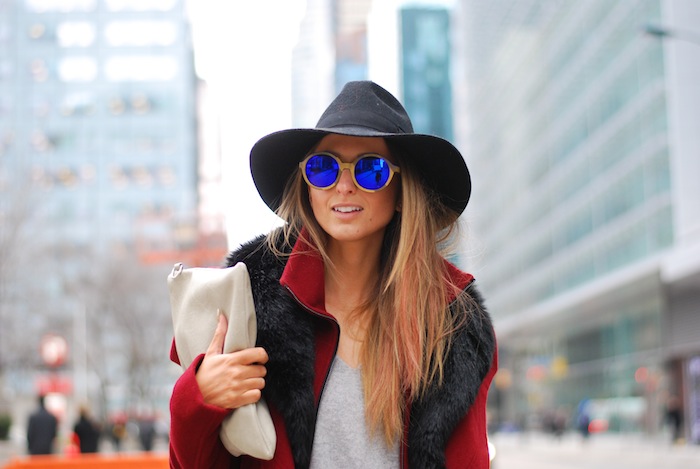 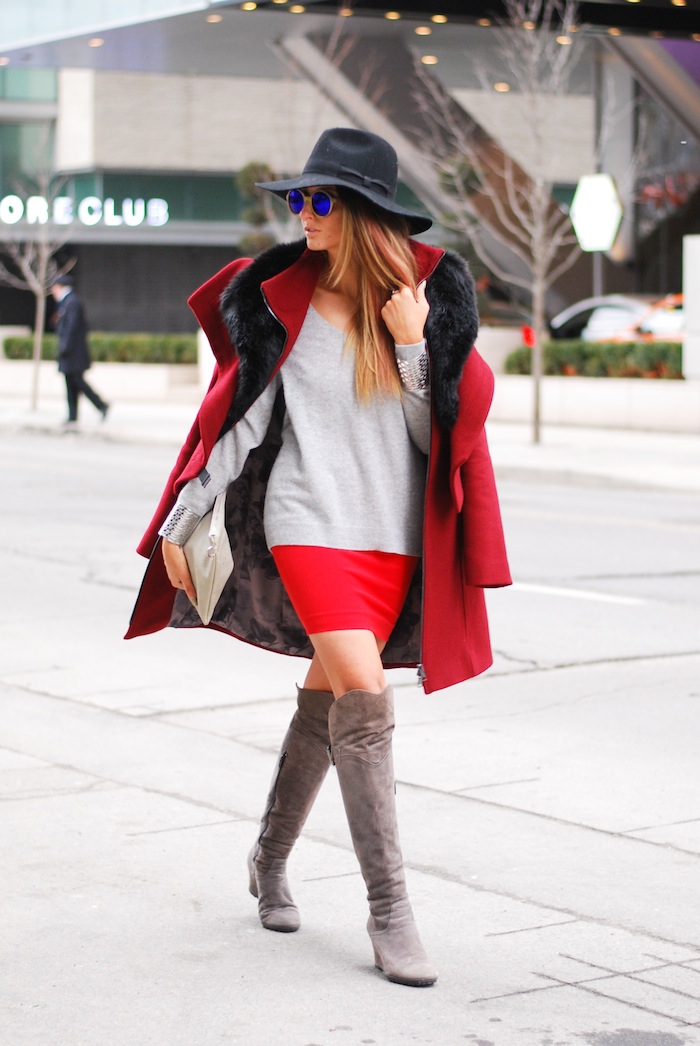 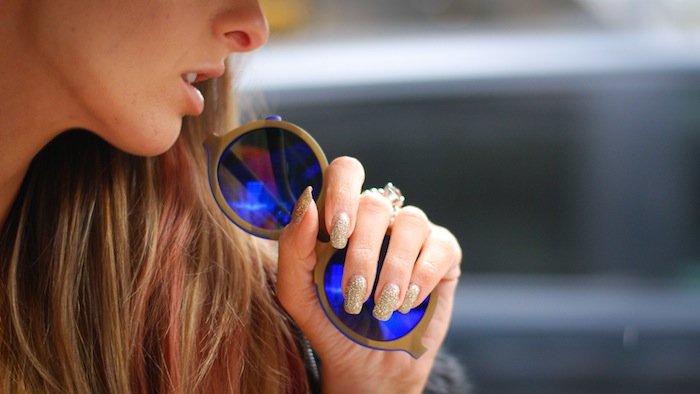 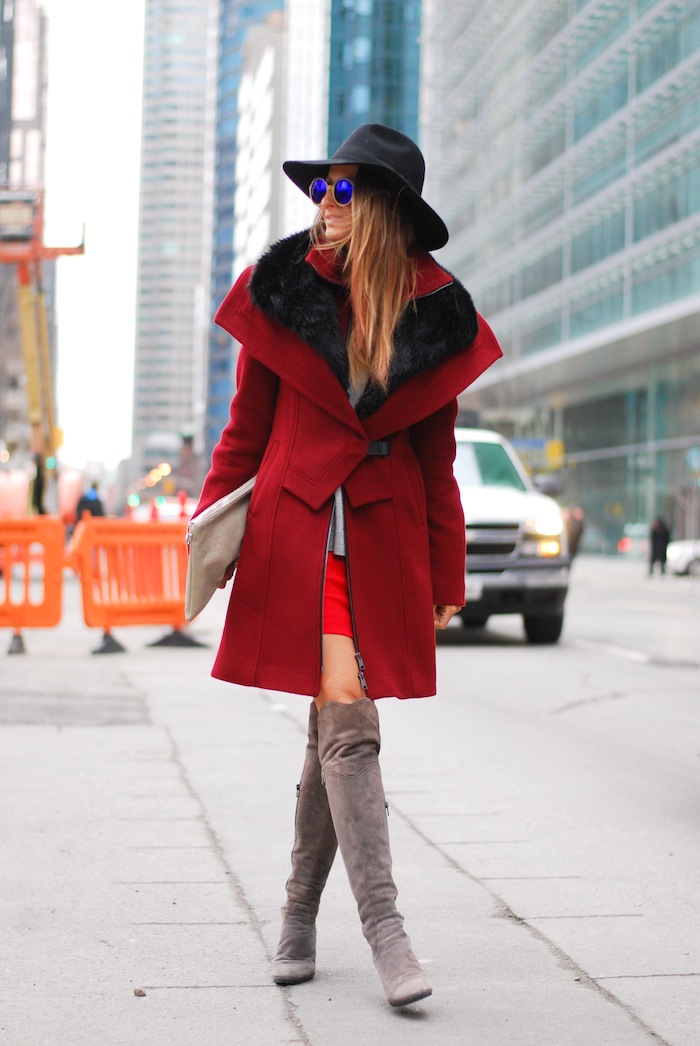 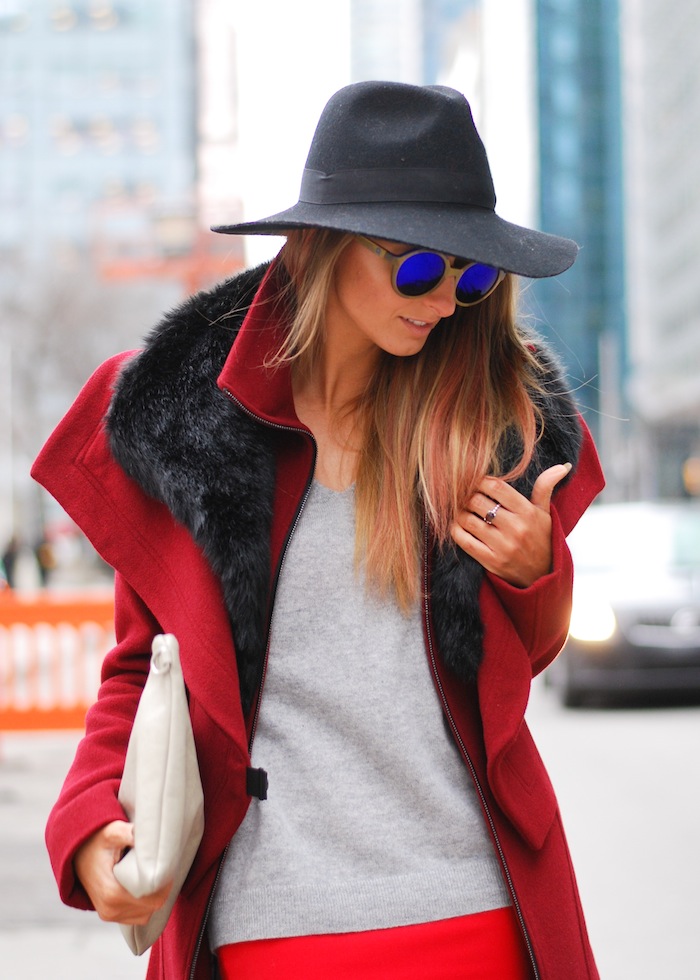 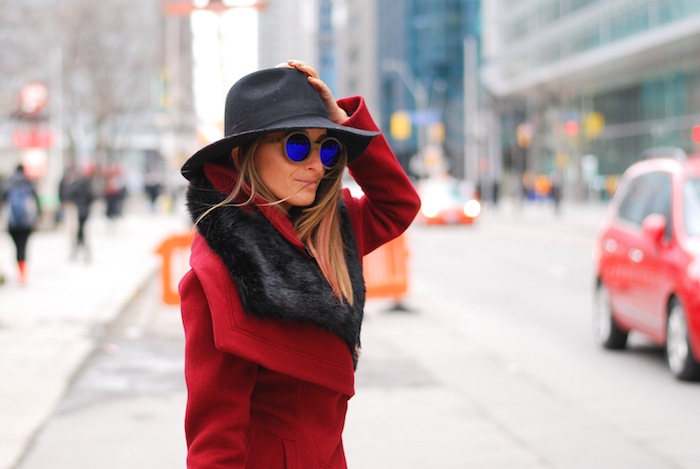 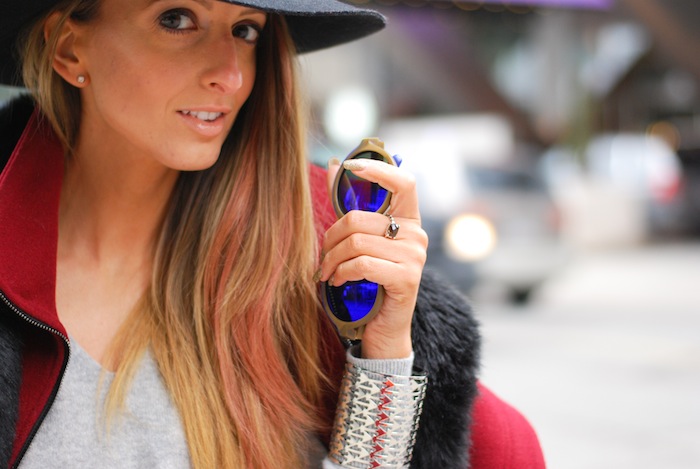 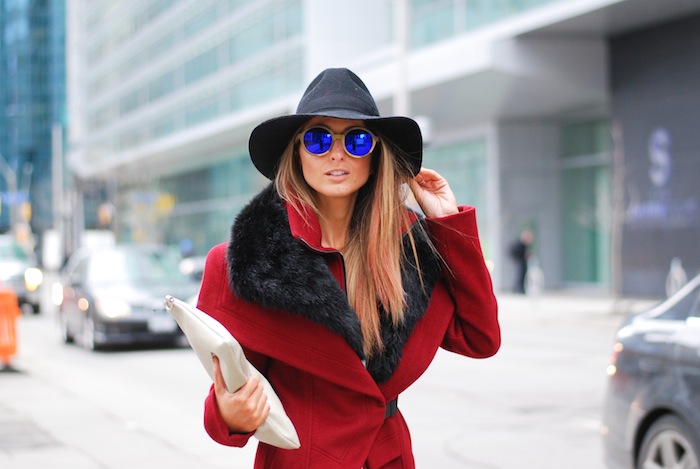 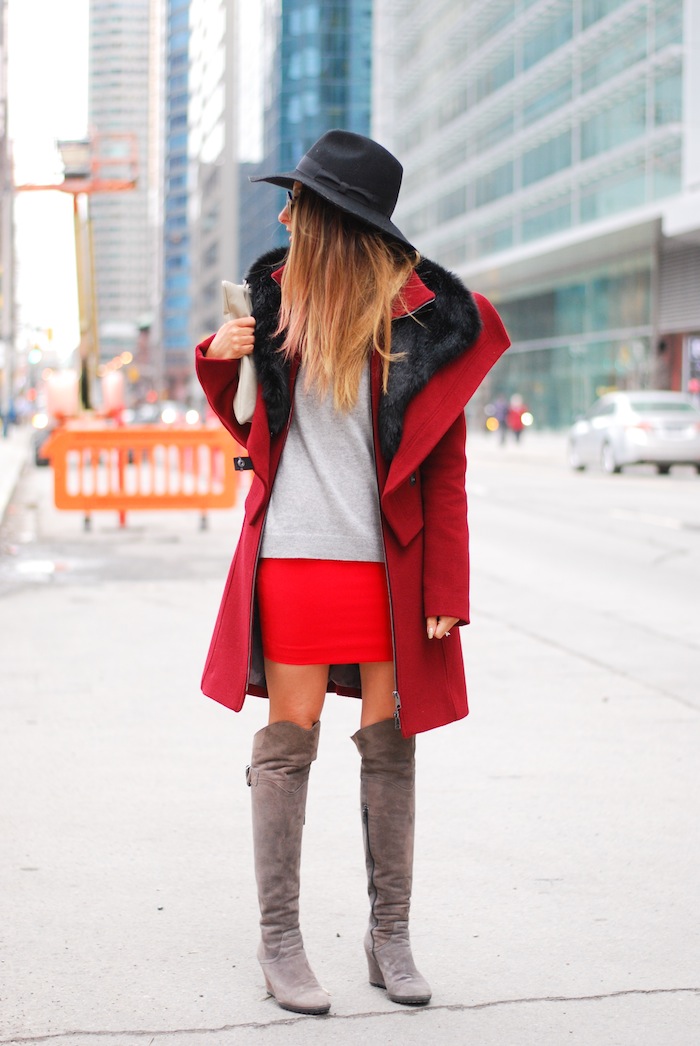 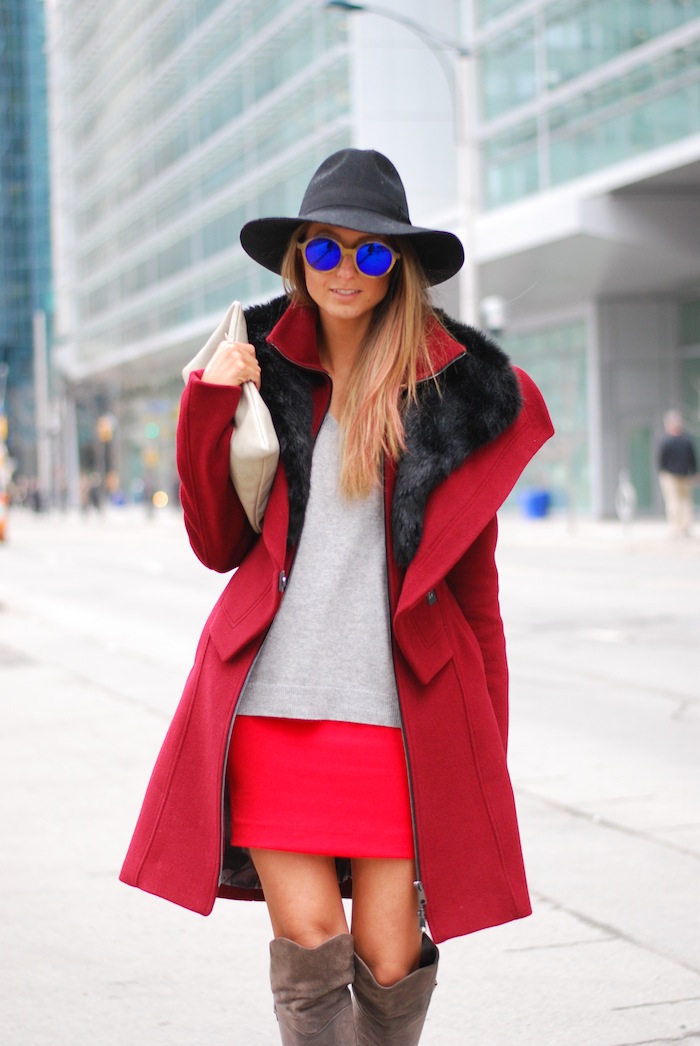 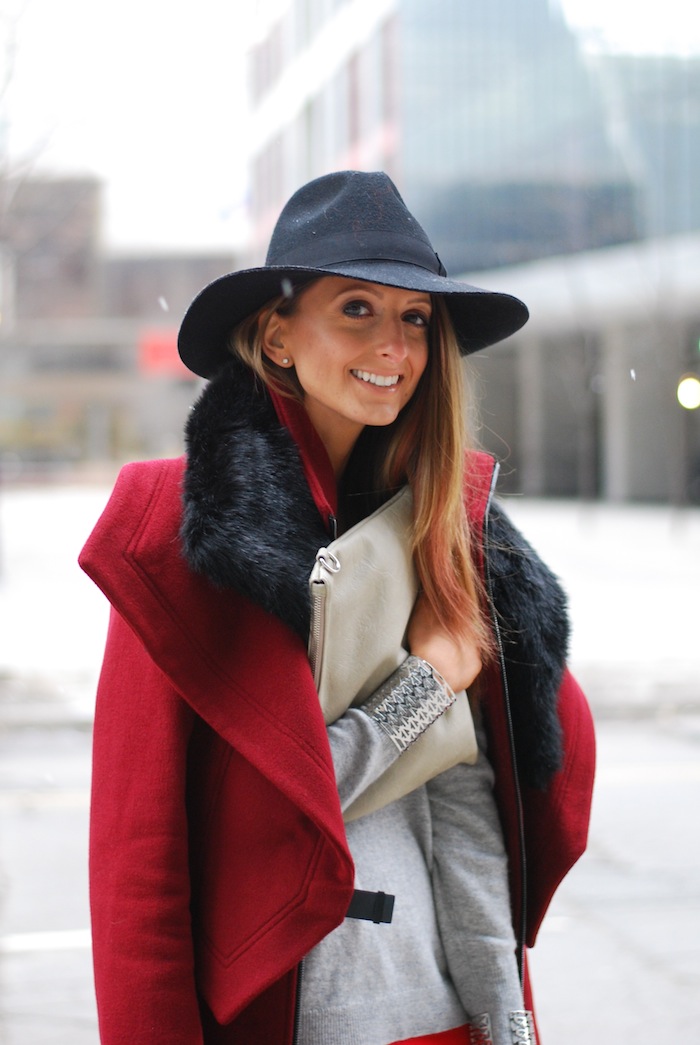 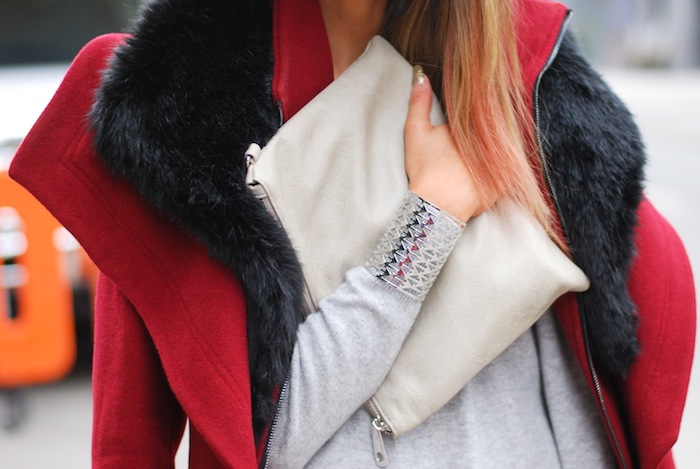 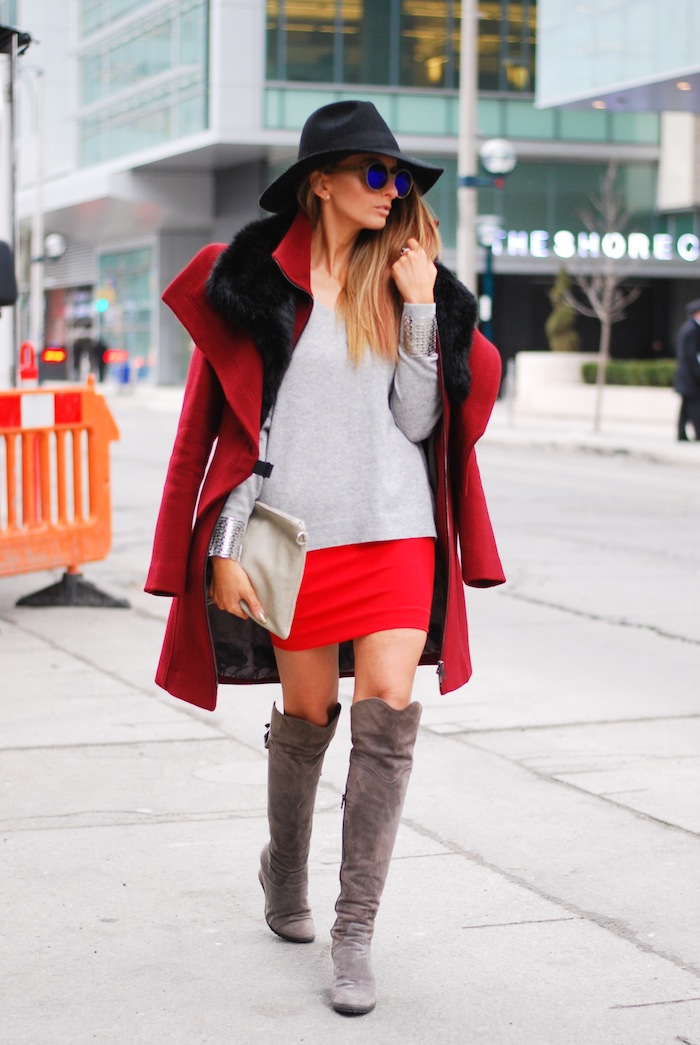