Warning: Use of undefined constant DATABASE_SERVER - assumed 'DATABASE_SERVER' (this will throw an Error in a future version of PHP) in /nfs/c12/h05/mnt/219892/domains/jetsetjustine.com/html/wp-config.php on line 28
 My Style | The First Rule of Jetset – JUSTINE

Being jet-set isn’t about throwing on a bunch of necklaces, a mismatched clutch with a metre-long fringe and an ironic shoe reference that nobody will get. Nor is it about slavishly copying other people’s looks, purchasing a head-to-toe ensemble seen on the streets of Milan exported by Scott Schuman. The jet-set propensity for pared down luxury finds its ultimate expression in layering textures, colour-blocking and a minimalist approach to eclecticism. The only way to be jet-set is to be totally effortless to the point of error, without erring, ever. Two luxury items here – the Sandro moto jacket and Rodebjer sweater – are layered on top of a simple denim on denim look. An augmented plaid blanket scarf sort of hides the artifice of the whole thing. There is nothing more unaffected than the intentional addition of a blanket scarf to any outfit. Something along the lines of sprezzatura – the illusion of effortlessness so much so that even saying you’re sprezzy means that you’re not. It’s kinda like the first rule of Fight Club, only for fashion. 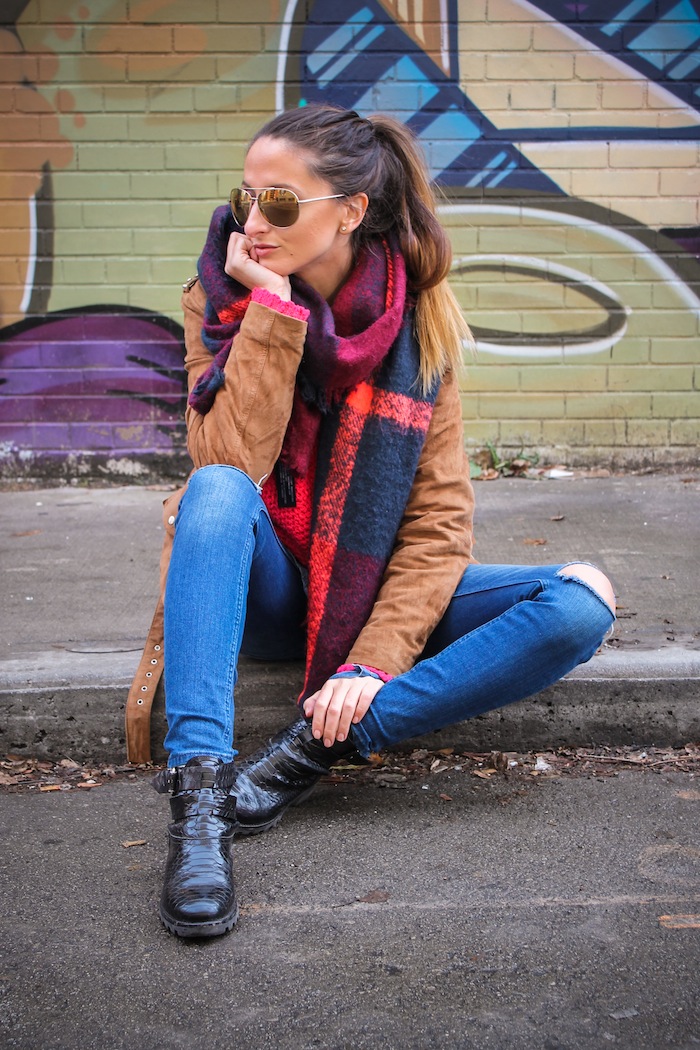 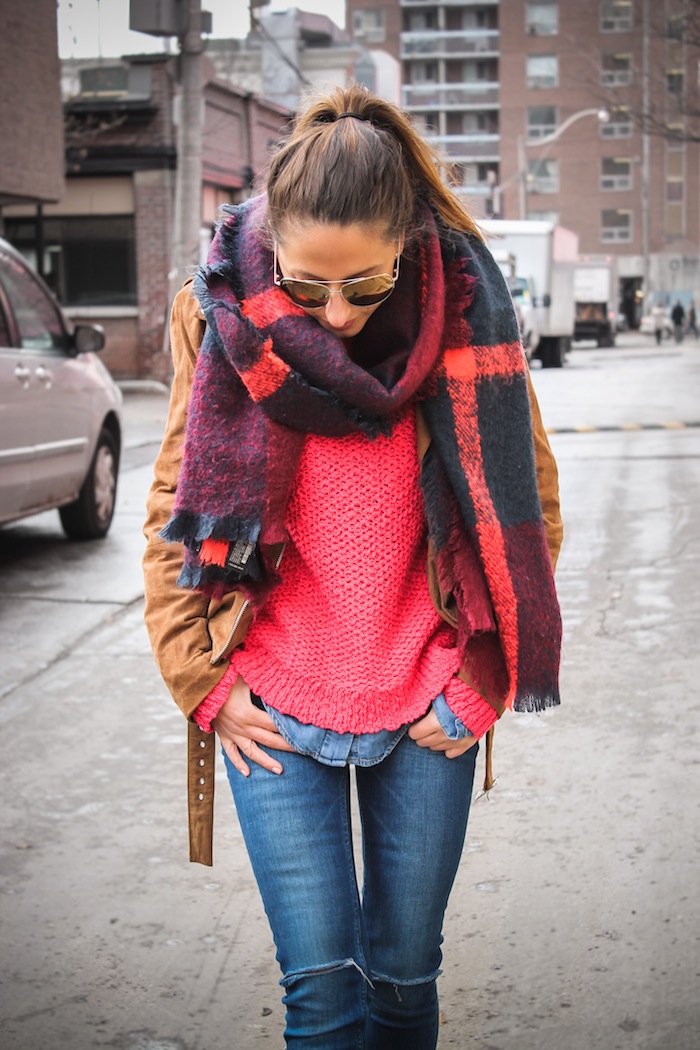 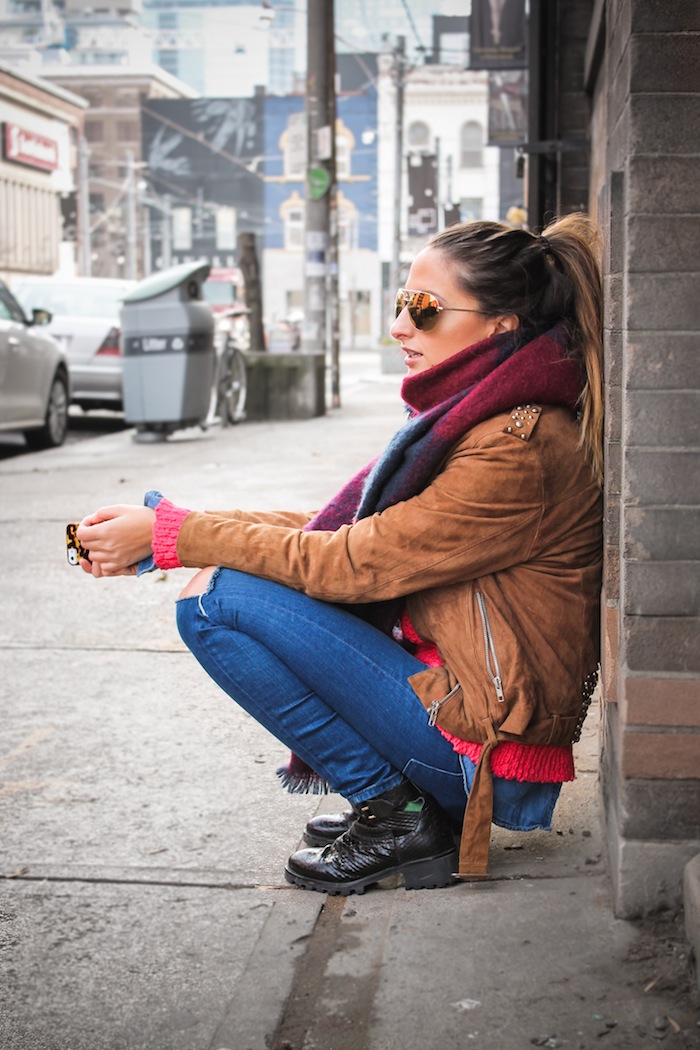 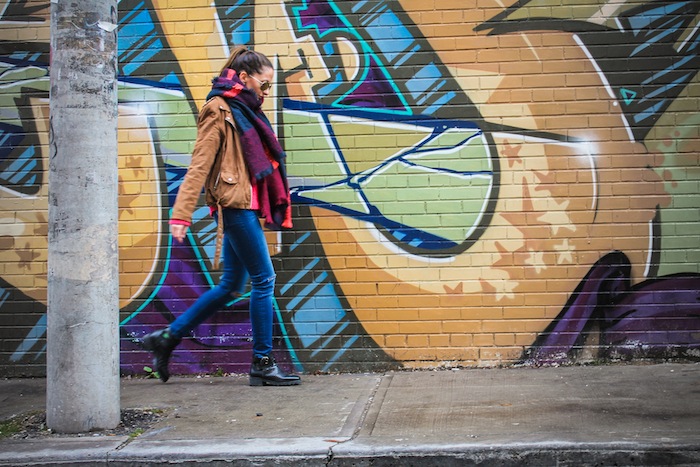 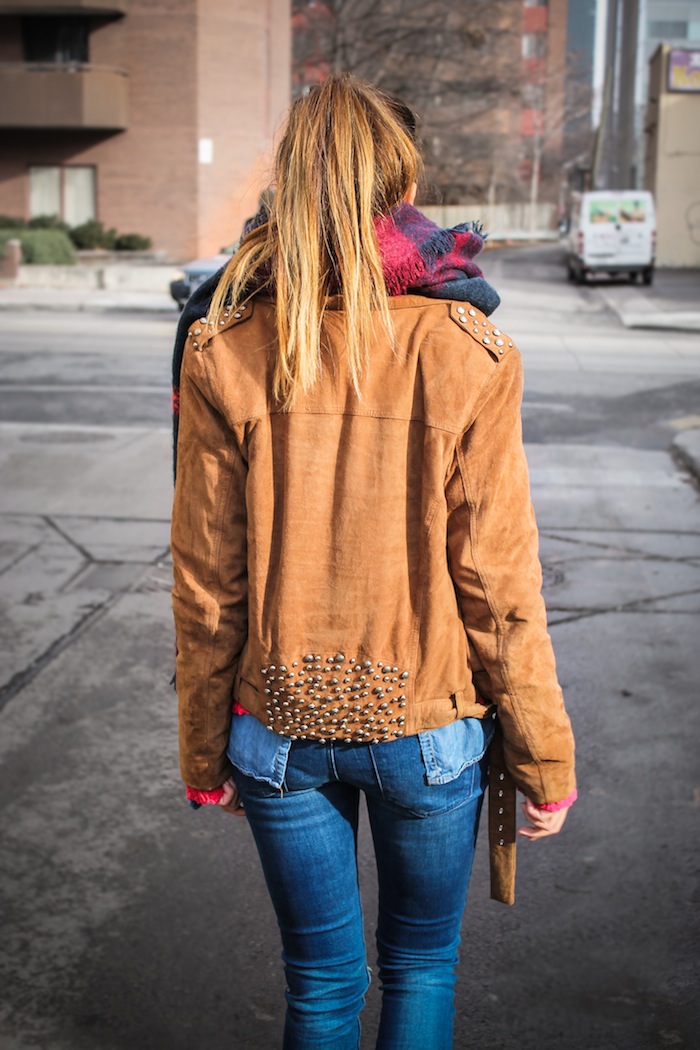 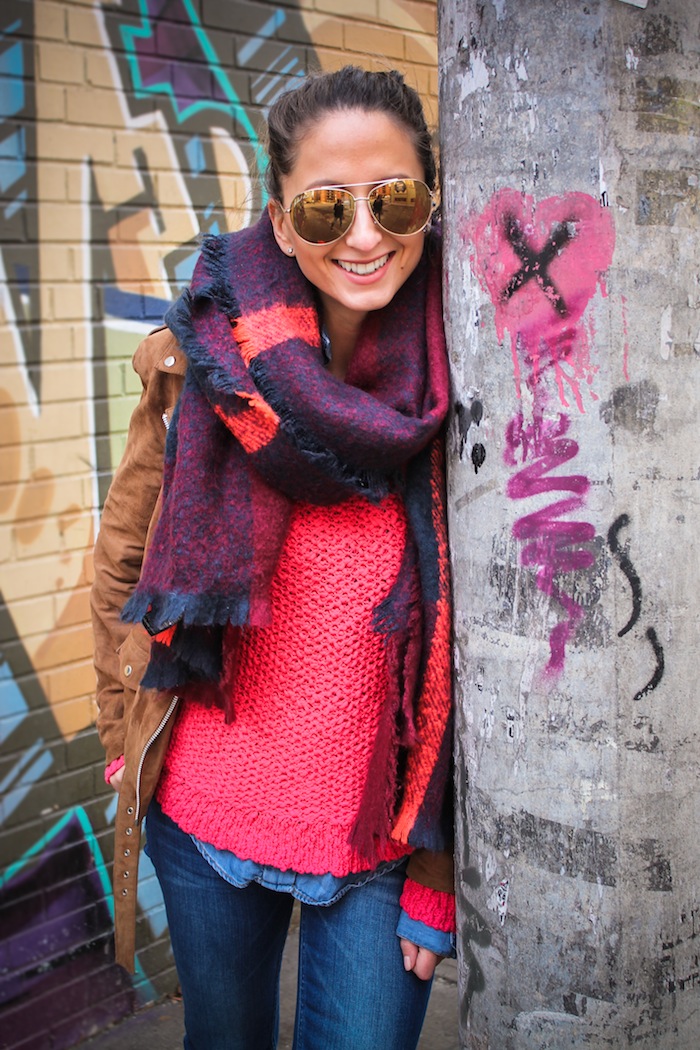 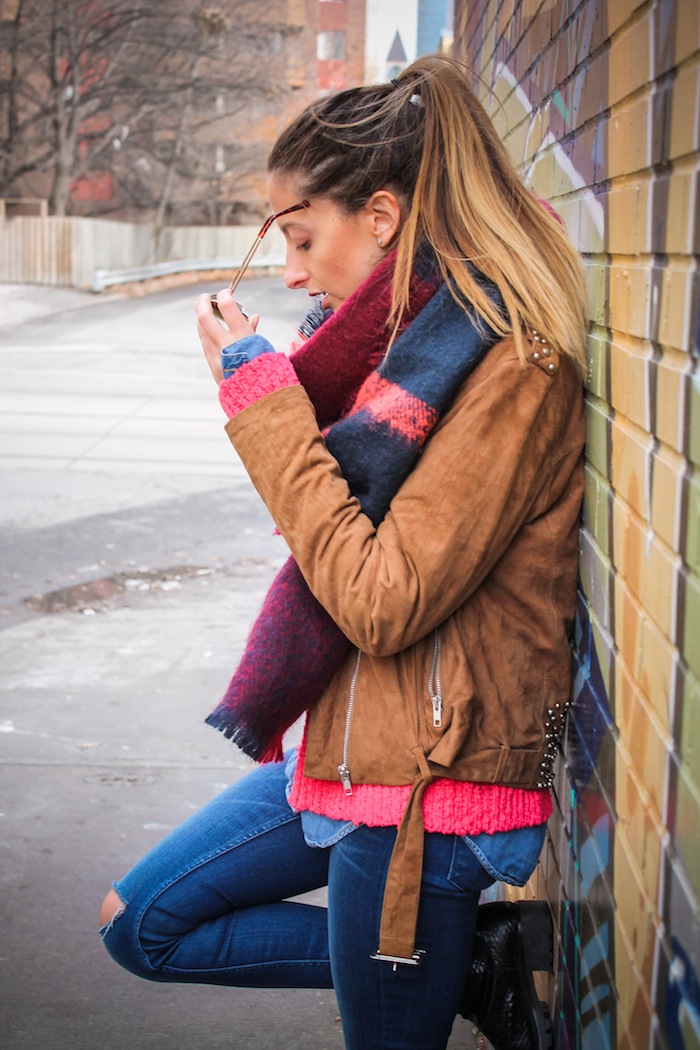 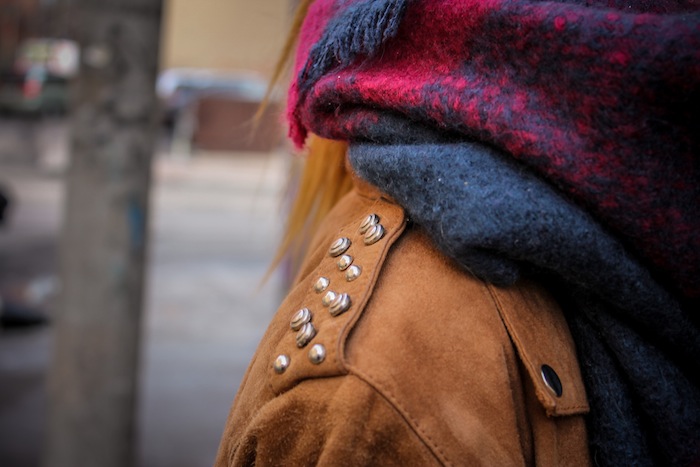 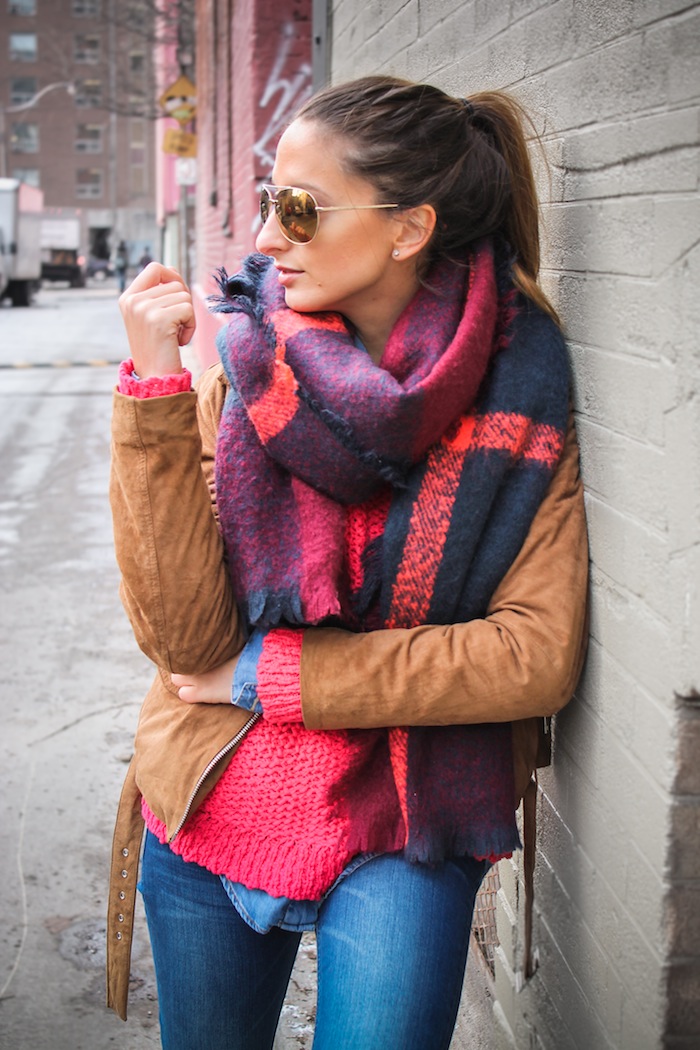 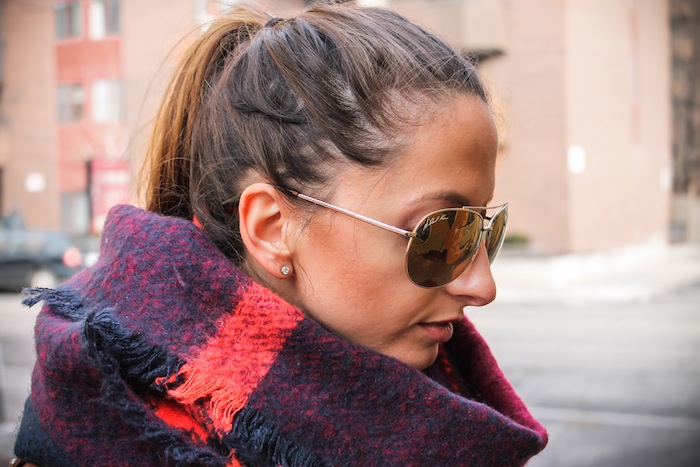 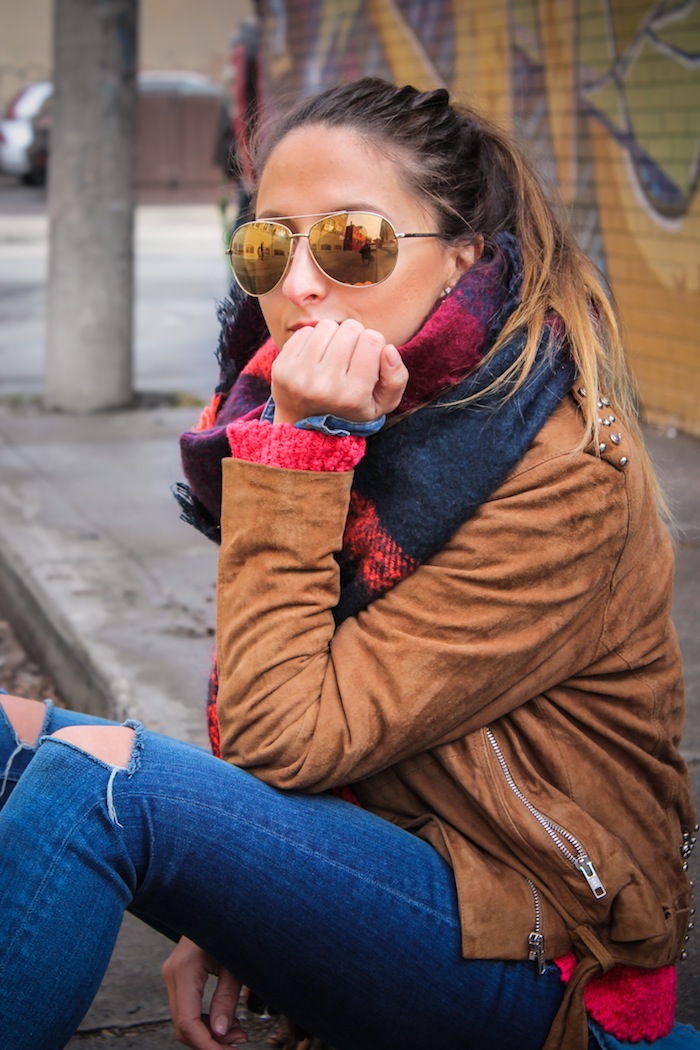 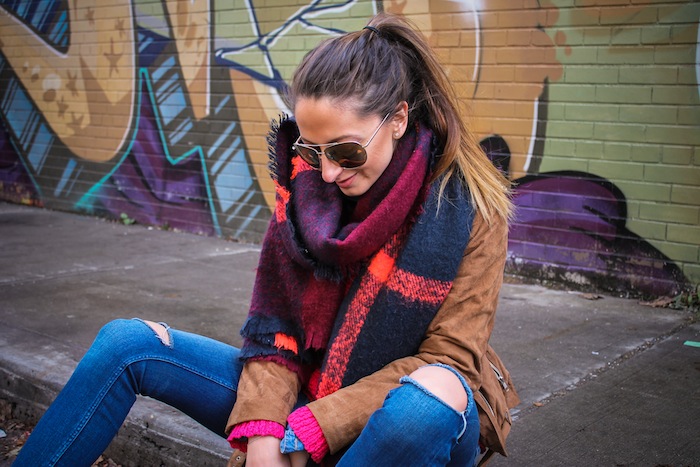 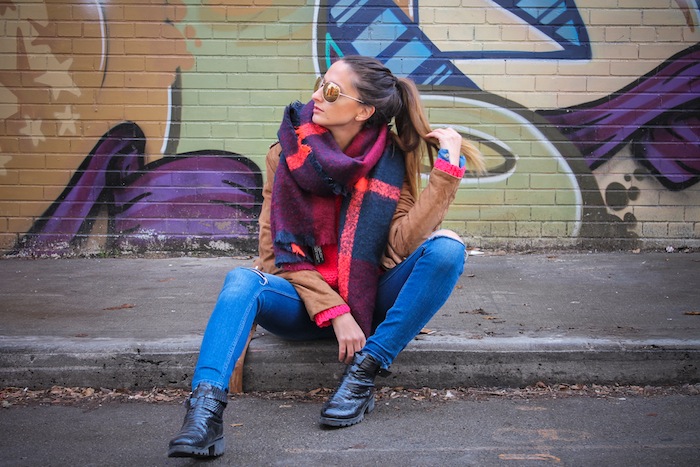 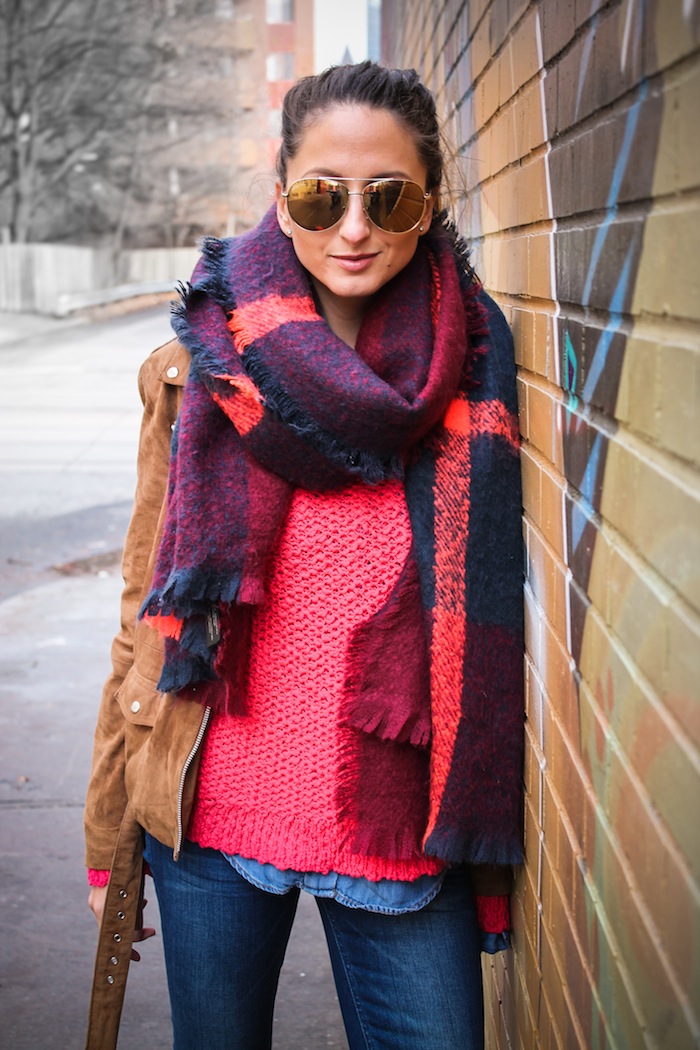