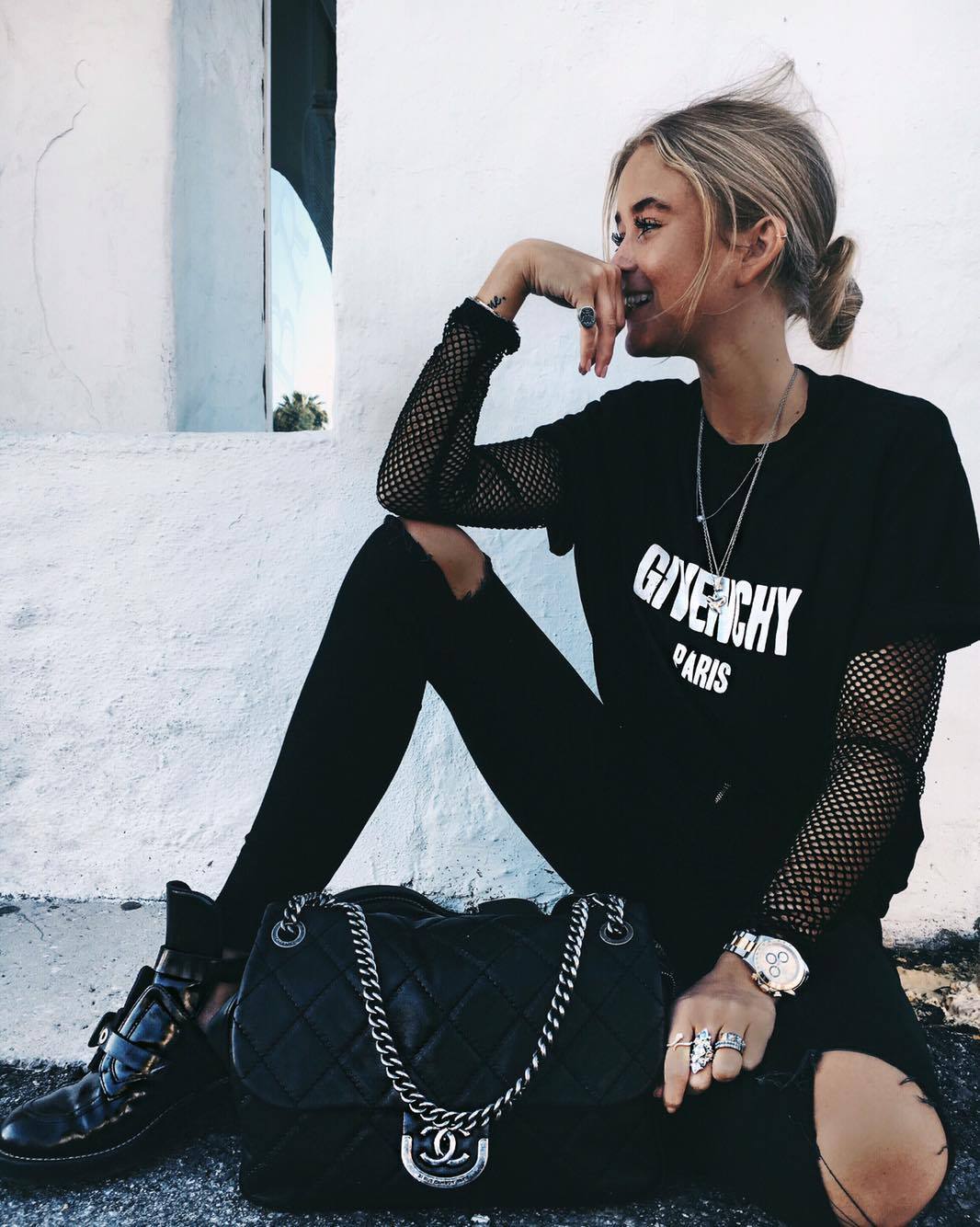 Oh, Josefine. My latest obsession. Her wardrobe is impeccable, her pictures are unforgettable, and her life is so unbelievably beautiful she makes it seem so effortless to be just as cool as her. Reader beware, it’s not so effortless to be as chic as @josefinehj. I’ve tried. I’ve failed. She is just too proverbially cool for school.

But have you seen her rock a camel coat?

Here’s what I know about her so far. She’s Danish. She lives in Copenhagen and spends summers at her parent’s house in Spain, where she takes the most epic bikini and bathing suit shots with her iPhone and yet they make you want to cry. I know that she uses an arsenal of editing apps like POMELO and Afterlight. I also know that she has a sister who looks exactly like her but is somehow not quite as chic (and no, it’s not me). She loves the colour green and owns enough Chanel bags to make you turn green with envy.

I may or may not have bought a pair of Louis Vuitton desert boots because I once saw them on her feed. #Influencer

She only wears the colours black, white, green, camel and silver. Yet every once in a while she throws a curveball by donning an icy blue menswear-inspired shirt as though it were as easy as pie. Well, I suck at making pie crust so lord only knows how I’ll do at fashion curveballs. To say I’m obsessed with her is an understatement.

Can you please follow her, too, and take me out of my misery (or at least join me in it)? 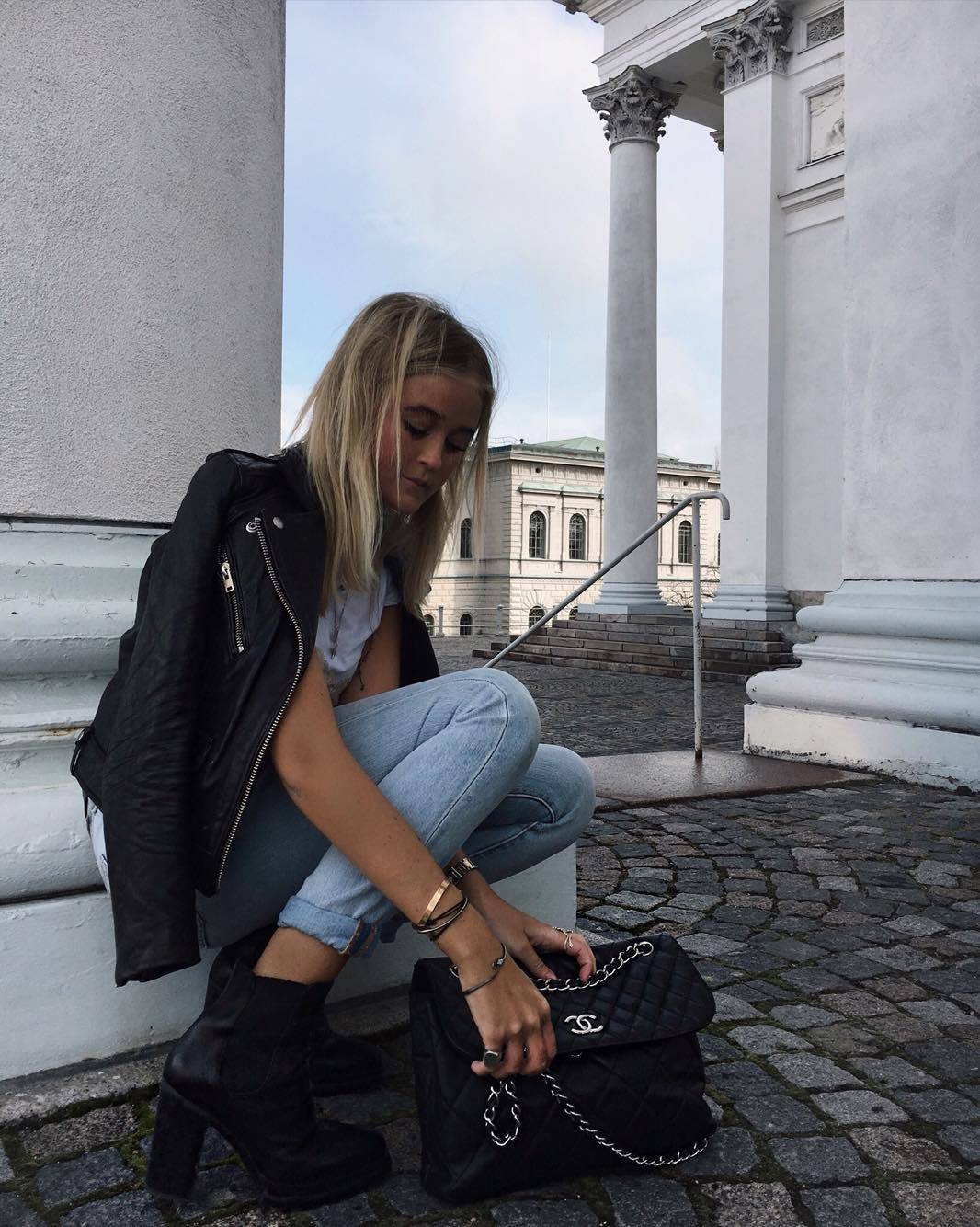 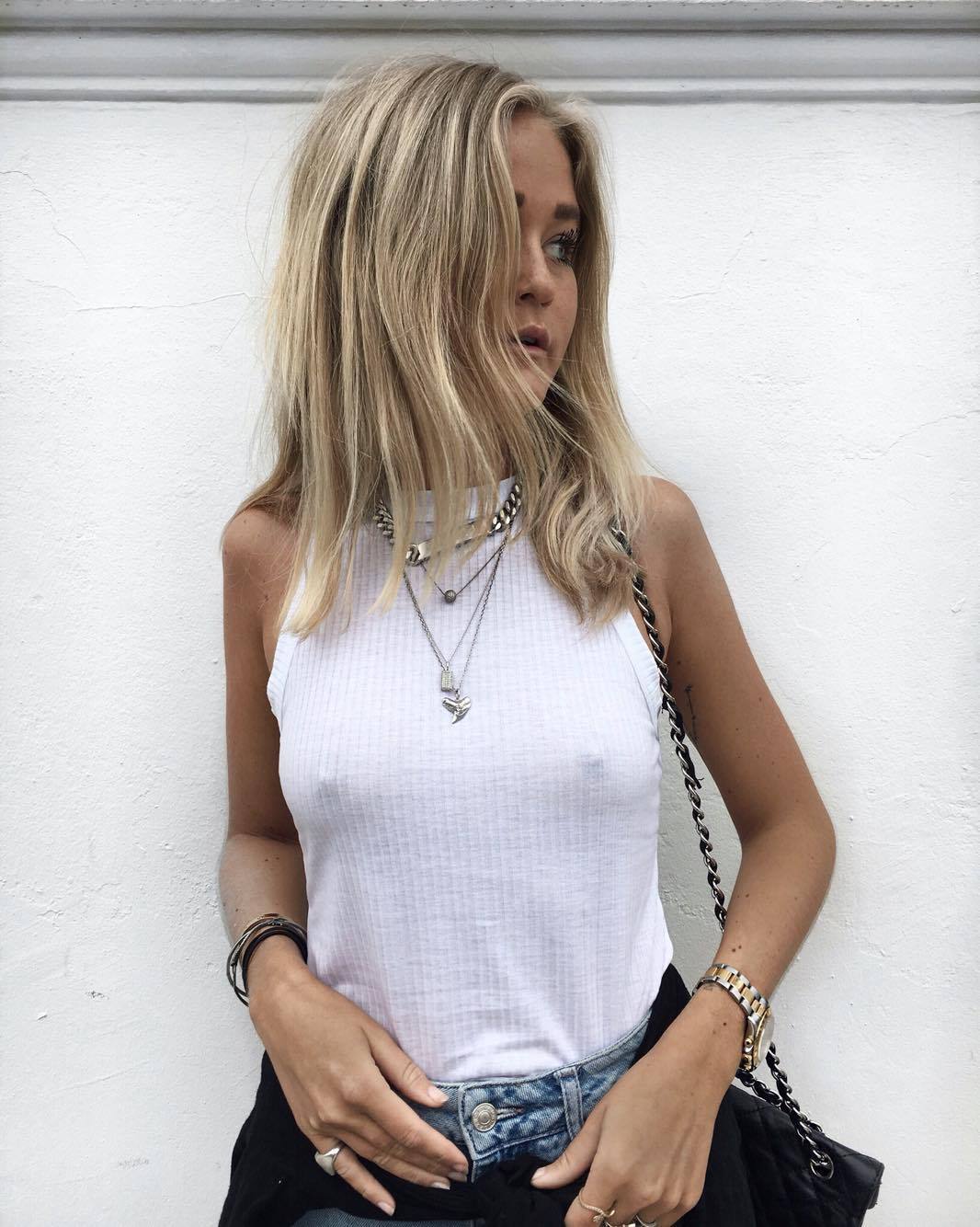 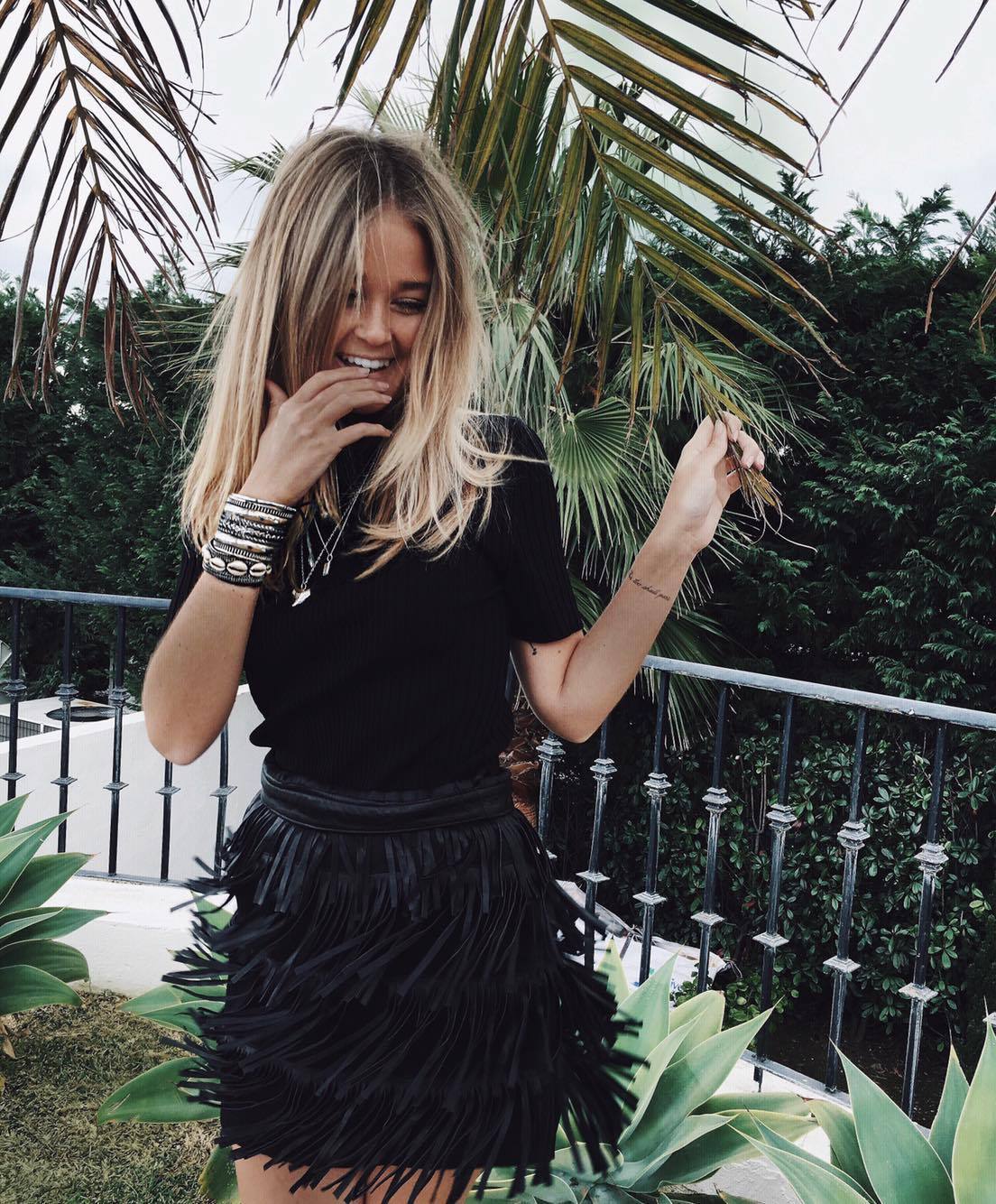 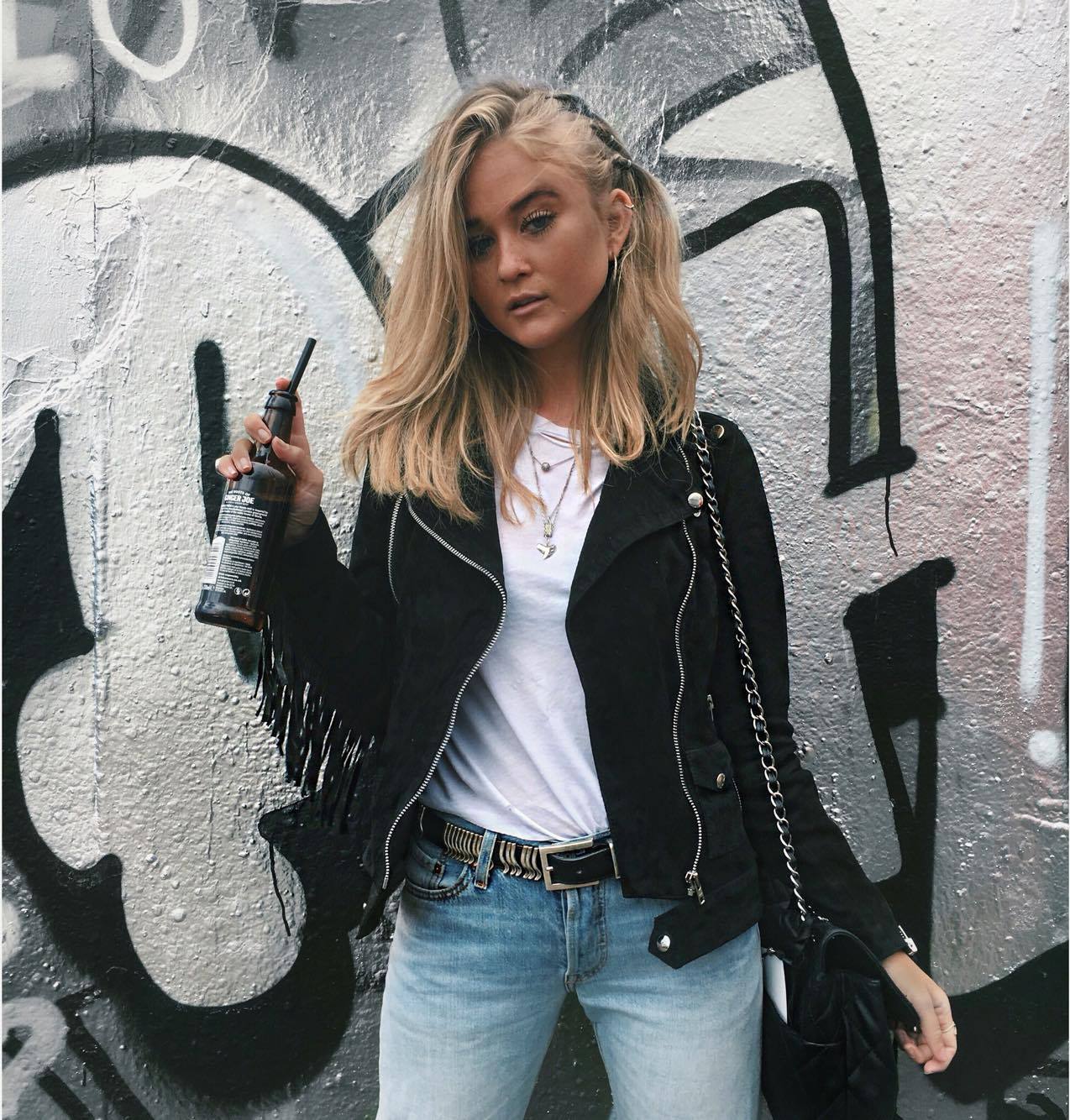 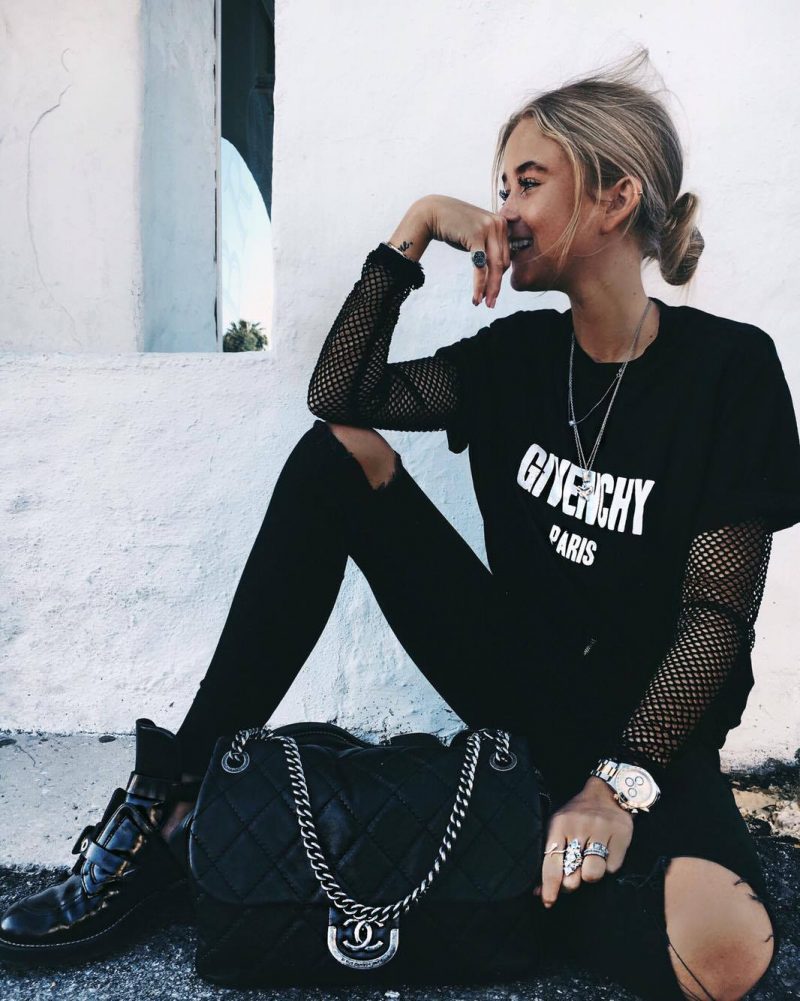