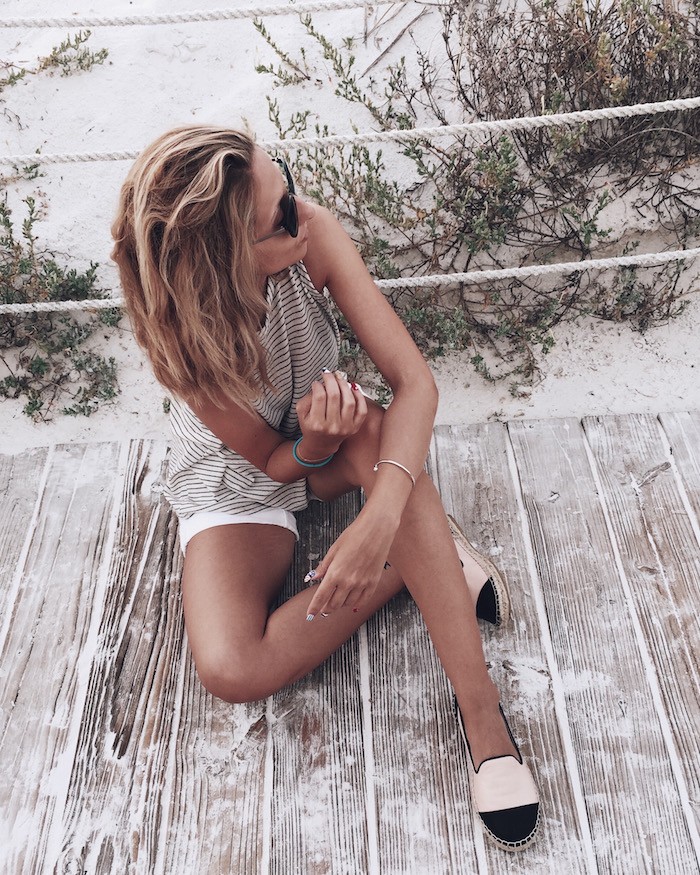 Earlier this week on my two hour shorty-haul flight to Tampa I was given a gift by means of a certain in-flight entertainment system on the new Air Canada Rouge. I’ve flown Rouge twice in the past month and although the flight attendant uniforms make me vomit a little in my mouth, I quite like this rinky-dink airline. And I like it even more now that they are catering to the starving fashion blogger via their movie offerings.

There I was, 30.000 feet in the sky, watching Robert Altman’s Ready to Wear on my iPhone 6 plus, happier than a pig in shit. Seriously, if you haven’t seen this movie and you have a penchant for fashion (which I’m assuming you do considering where you are right now) get yourself on a Rouge flight cuz I haven’t the faintest idea where else you can find it.

The movie, apart from having a star-studded cast – Marcello Mastroianni, Sophia Loren, Julia Roberts, Anouk Aimée, Rupert Everett, Forest Whitaker, Kim Basinger, Lauren Bacall, to name a few – is absolutely fucking hilarious. The entire premise is a murder mystery meets Paris Fashion Week parody. I mean, even Helena Christensen makes a cameo appearance in a coat made entirely of teddy bears sewn together. It’s a rare fashion moment. The kind you need to rewind and watch again, and then store it in the recesses of your mind, recalling it for the sole purpose of making yourself look better than everyone else at a fancy dinner party where you initially felt overdressed and underpaid.

Anyone who works in fashion will appreciate the slapstick rhetoric between three editors (Vogue, Harpers and Elle) all vying for a newly available bad-boy photographer whose contract just ended with another publication. I was literally crying watching Linda Hunt cuss him out when he tricks her into getting on her knees and instead whips out a camera, catching her in a would-be illicit proposition. “You’re just the latest Irish flavour of the month!” she screams at him. I’m like, holy shit can I use this line on someone one day?

I almost can’t wait to be on my return flight (operative word: almost) so I can finish watching the end. For now, I’ll try to enjoy my vacation here in Siesta Key but as you can see it’s eight o’clock in the morning and I’m writing to you guys instead. 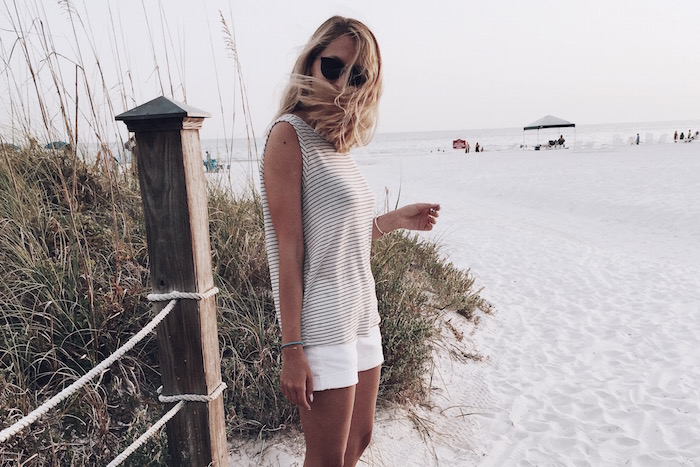 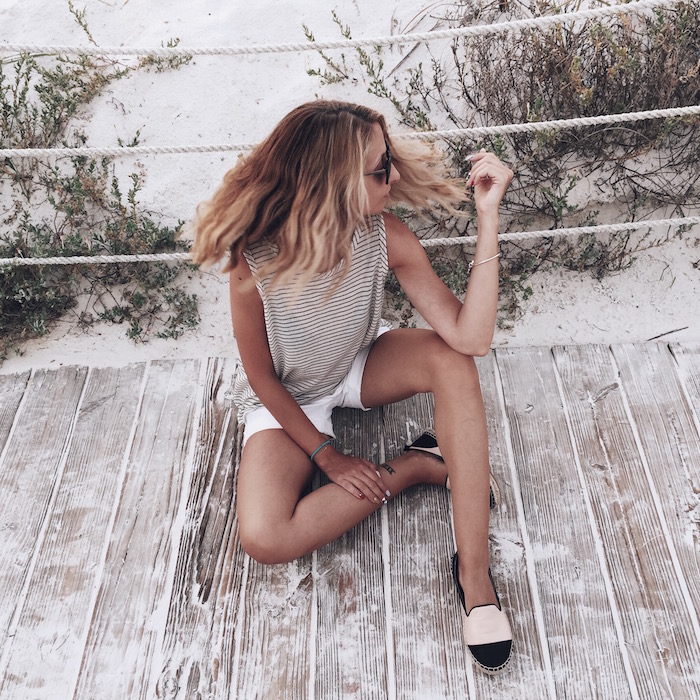 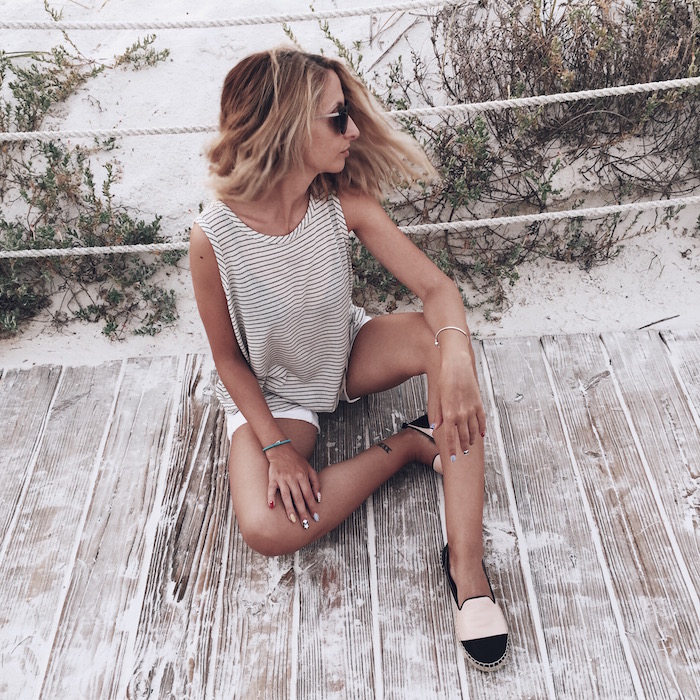 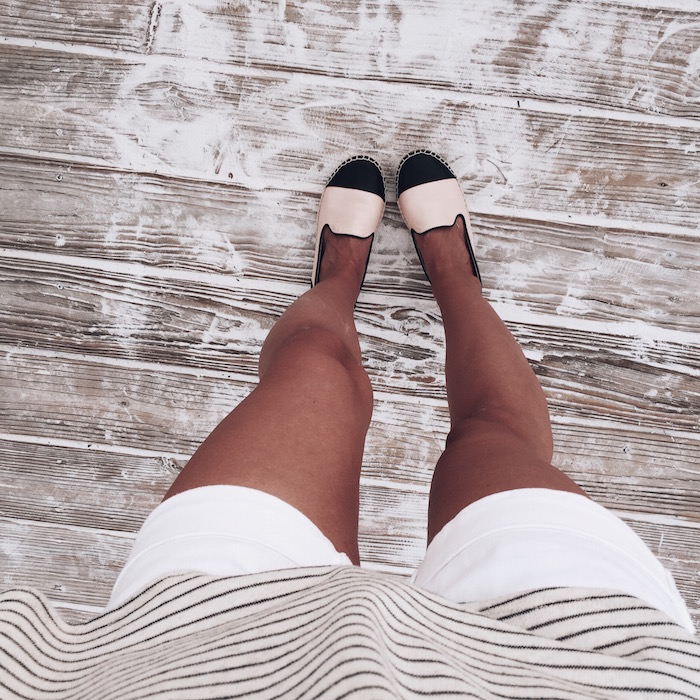 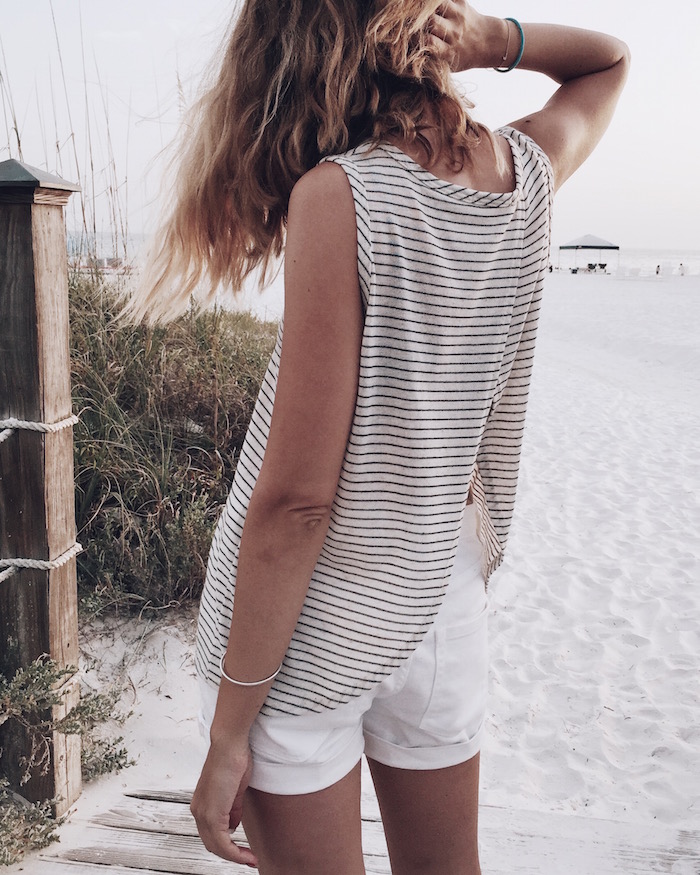 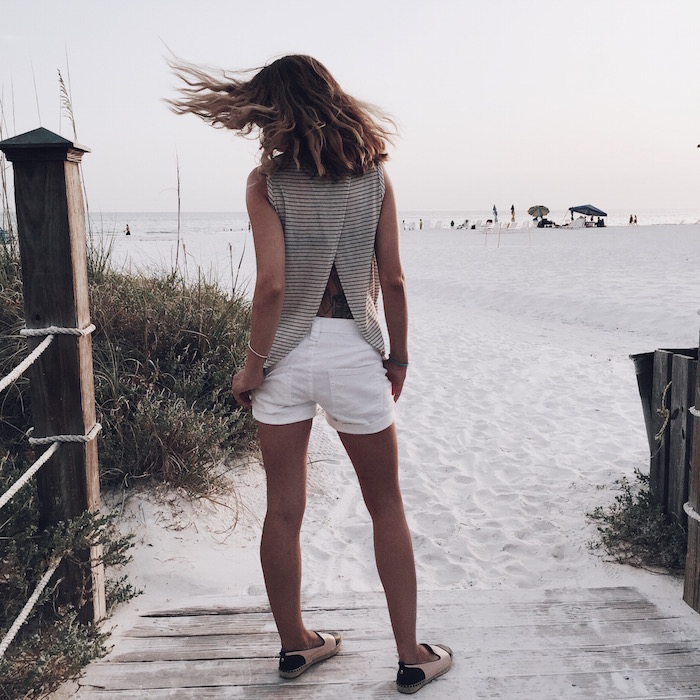 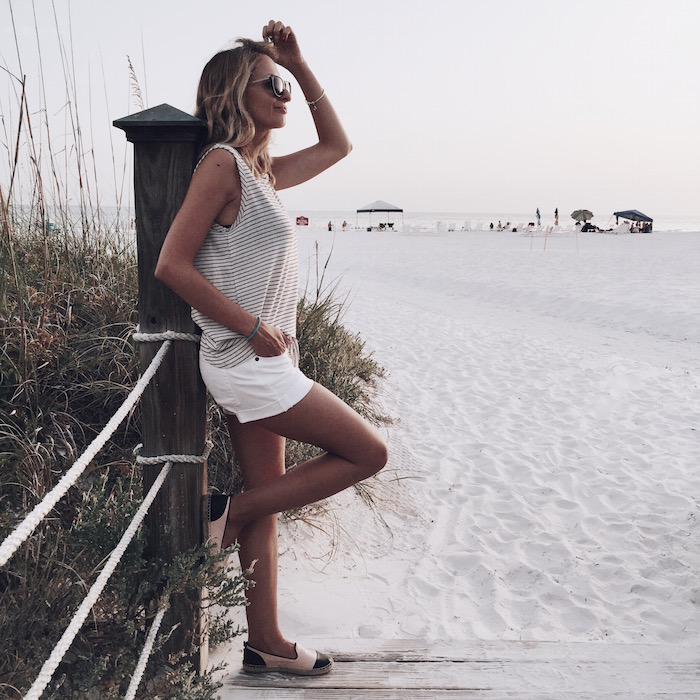 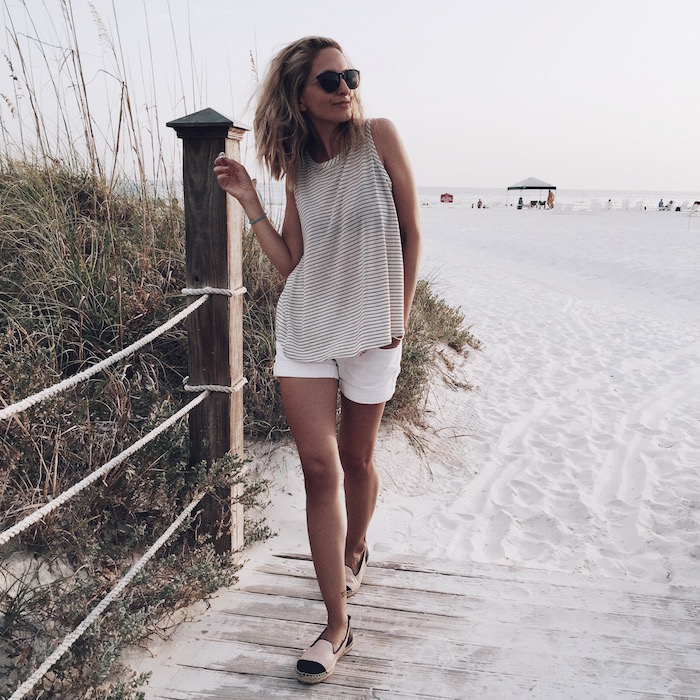 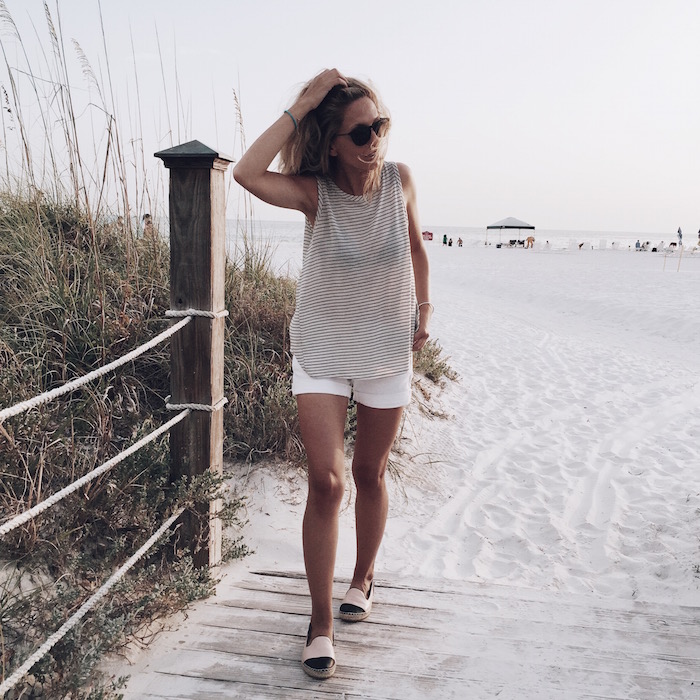 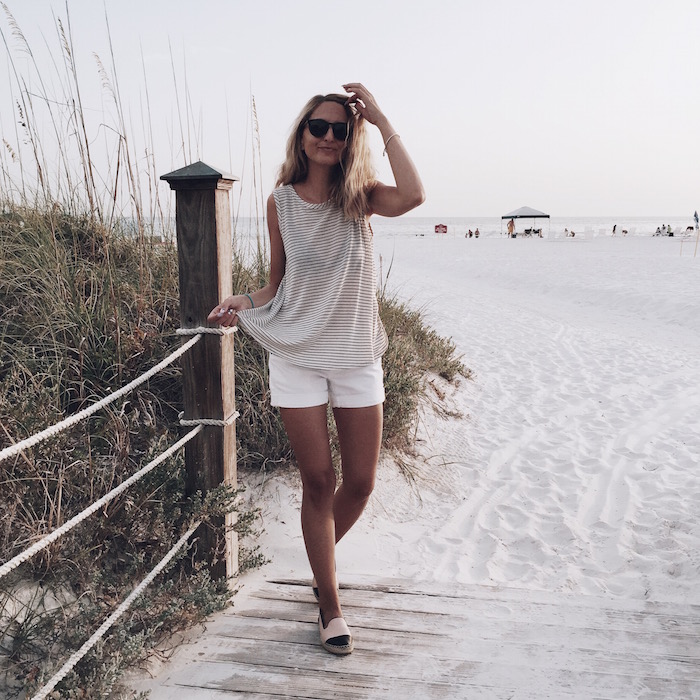 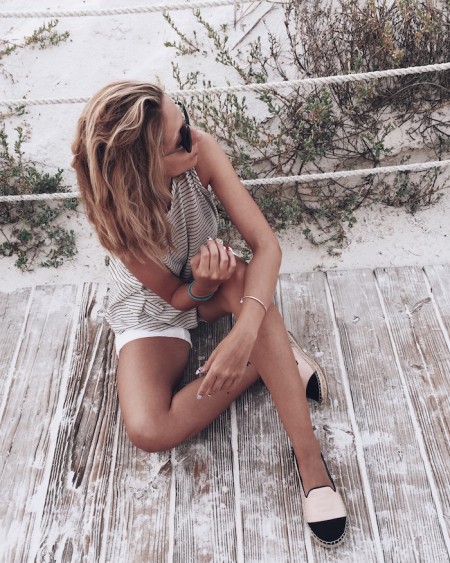