Warning: Use of undefined constant DATABASE_SERVER - assumed 'DATABASE_SERVER' (this will throw an Error in a future version of PHP) in /nfs/c12/h05/mnt/219892/domains/jetsetjustine.com/html/wp-config.php on line 28
 The Best Maternity Outfits of the Beautiful Rozalia Russian – JUSTINE

So, Rozalia Russian’s maternity outfits have been so good lately. Don’t know who she is? Well, first off, Rozalia Russian is a Melbourne blogger who I’ve literally been following since birth. Ok. I’m lying, but, I’ve definitely been following her since before the birth of her first daughter. (She’s pregnant with her second rn). If you haven’t heard of her, or wondering what she’s been up to lately, I’m here to update you on her ETA into your life.

I have to say, when I started following Rozalia on Instagram it was for her sexy bod #fitspo and jet-set lifestyle with her fiancé (now hubs) Nick Russian. He’s a restaurant and nightclub mogul down undah and she’s a successful entrepreneur, too. I’ve watched her go from style blogger to opening her own online store, to becoming literally one of the most beautiful pregnant women on earth. I mean, have you checked out her “family” section on her blog? GAHHH!!!! #GOALS

Like who looks this good pregnant???? I’m obsessed with Rozalia Russian’s maternity outfits.

So what has Rozalia Russian been up too since I last blogged about her in 2013? Looking fabulous as per usual, baby bump and all. Her outfits showcase some of the best Australian designers the country has to offer. However, when she’s not wearing couture, Rozalia is also major inspiration for anyone looking to make their gym outfits a bit more interesting. But what I love most about Rozalia Russian’s winning maternity style is that she doesn’t change her style from when she is sans baby bump. She still rocks heels and bodycon dresses like she used to in 2012.

We can all be inspired by Rozalia Russian’s maternity outfits, whether you’re pregnant or just having a food baby. Don’t you think? Leave me a comment below and let me know if you like her style as much as I do! 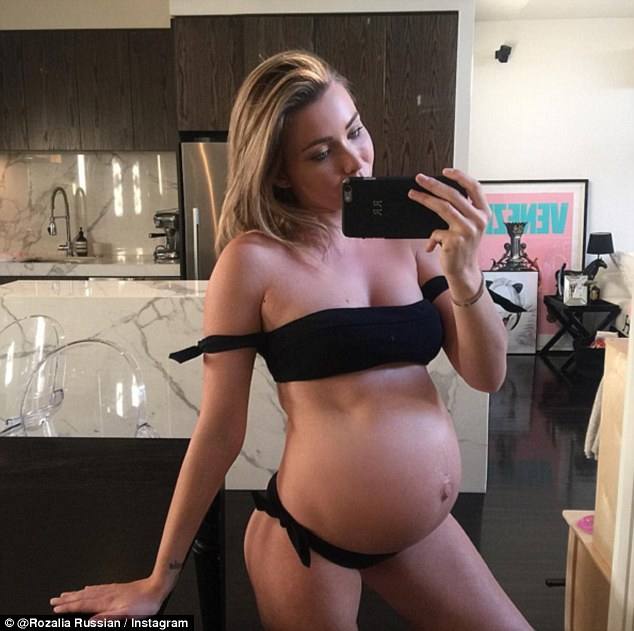 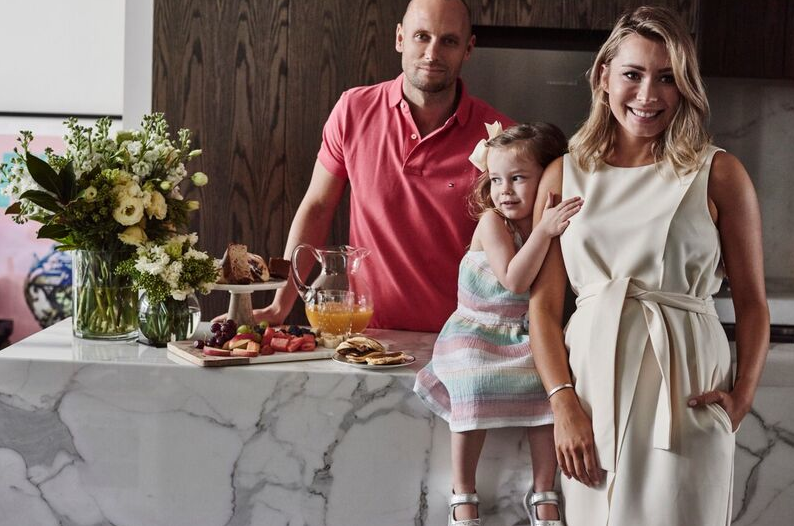 Today in the comfiest maternity skirt and top from @baethelabel the fabric is soo soft ?? ps the top I am wearing is long and I just tied it in a knot to finish above the skirt #baethelabel #dressingthebump #pregnancynumber2