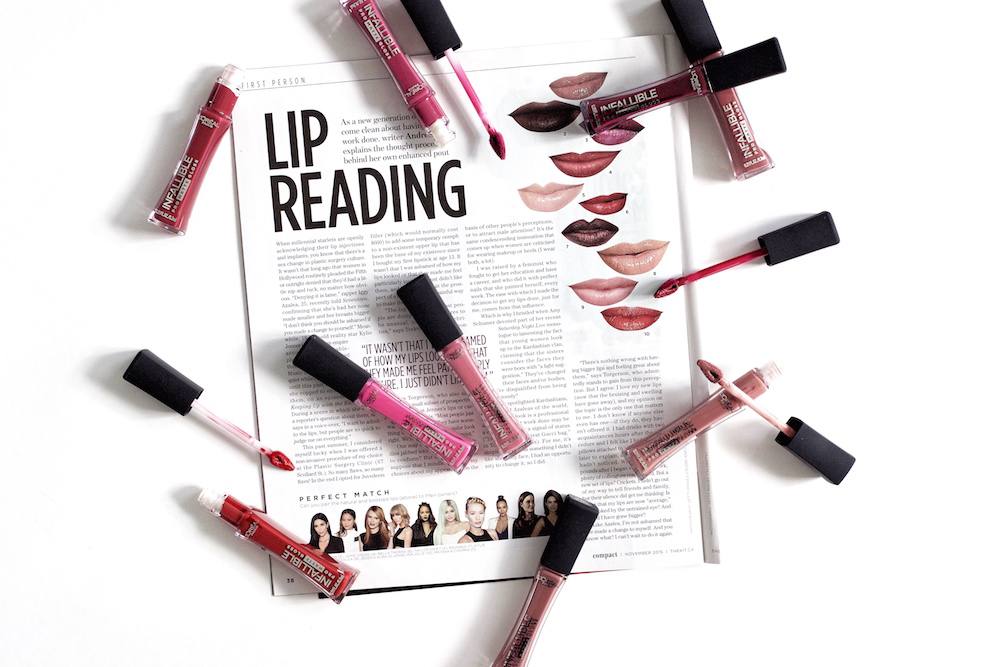 Things have been crazy over here the past few weeks so when The Kit Compact November issue arrived at my door, I shamefully threw it on a pile of magazines, press releases and product reviews in my to-do list. Well, I’ve been making my way through that list this weekend and finally got to read Andrea Janus‘ article entitled, “Lip Reading.”

Which came at the most amazing time because I was simultaneously also involved in a Botched marathon this weekend, and Janus’ article is all about whether or not women should feel ashamed of admitting to getting plastic surgery – or in Janus’ case, at the noninvasive end of the spectrum, getting Juvederm lip fillers at The Plastic Surgery Clinic on Scollard.

I was offered a promo by the same clinic this summer. (Janus was offered a gift card at a press event with no guaranteed coverage, but as a good friend of mine says about free stuff, is it ever really free?). The Plastic Surgery Clinic emailed me asking if I’d like to do a blog post about their office in exchange for lip injections, you know the old “would you like to post a review?” email. Where Janus “considered herself lucky” to be offered $600 fillers in the hopes that she’d write about them, I laughed out loud, told a few friends in my best “can you believe this shit” voice and then deleted the email. I don’t even know if I even wrote them back.

I mean, on the surface the ostensible difference between Janus and me is the difference between a real journalist up for anything and a jaded entitled blogger bitch. But in following the impetus behind Janus’ article, to examine how women feel about others knowing they got work done, our diametrically opposed responses to the Juvederm promo reveals much more than varying approaches to free shit. That I dismissed the email because it didn’t present any value to me kinda shores up my opinions on the matter of getting work done quite perfectly.

Personally, I don’t think getting fillers or a facelift is a trivial enough procedure to accept in kind. First of all, I thought, anyone offering an expensive non-invasive procedure in the hopes of getting press coverage is probably not the best in the city. The best in the city would have more than enough business than to meddle with bloggers and freelance writers. It’s not the same as promoting a pair of running shoes or a new restaurant that opened on Ossington. And that’s quite telling of my opinion about cosmetic enhancements – they are very personal and you should probably pay for them.

I mean, what if they injected a lesser amount because they knew she wasn’t paying for them? I’ve had that experience a hundred times as media; you get less or a paired down version because you’re not paying. How would I know what the difference is? In fact, Janus says after she got the injections she went out for drinks with two acquaintances and they didn’t notice the difference. In fact, no one noticed. She chalks it up to realizing “that my lips are now ‘average’,” but I might insert here that you get what you pay for.

I am the first in line championing women who get a little work done to enhance their features or just keep things from sagging, and I’m definitely budgeting for a little nip tuck when the time comes; I’m not against plastic surgery. I just think it should be left out of the blogosphere. If you disagree, ask yourself this: would you get your wisdom teeth pulled for free in exchange for social promo? Well, that’s how I see anything that involves a needle and/or, your life, health and permanent appearance (in the case of fillers they probably last a few months).

Maybe I’m just being paranoid. Maybe I could learn to loosen up a bit. But after reading this article alongside some gnarly fuckups on Botched, and thinking back to my own reaction to the Juvaderm promo, it all makes sense to me. As Dr. Torgerson is quoted in the article, celebs get work done because the way they look is a status signal it’s “like having the latest Gucci bag.” If we’re using the Kardashians or Iggy Azalea as prototypes, or even some of the Botched characters, there’s enhancement and then there’s a skewed sense of reality. And to me, it’s a slippery slope from the former to the latter.

The woman on the Botched episode I was watching weighed 90 lbs and wanted to go up to 3500 cc’s in each breast implant. “I just wanna be tits on a stick,” she says.

In a tamer proclamation, Janus ends her article with the lines, “I can’t wait to do it again.” I can’t help but wonder, if no one noticed the first time, maybe she’ll get a larger dose? It’s like when you use self-tanner. Your eye gets trained to normalize what was once a drastic change. Or going blonder. It’s never blonde enough. Each time you want more and more because you get used to look. I think getting work done must fall under the same principle. And if I’m going to jump on that train anytime soon – I’m going to pick the best of the best and I’m going to pay for it with my own money.

To me, admitting to getting work done is no big deal. It’s how you go about it that matters. 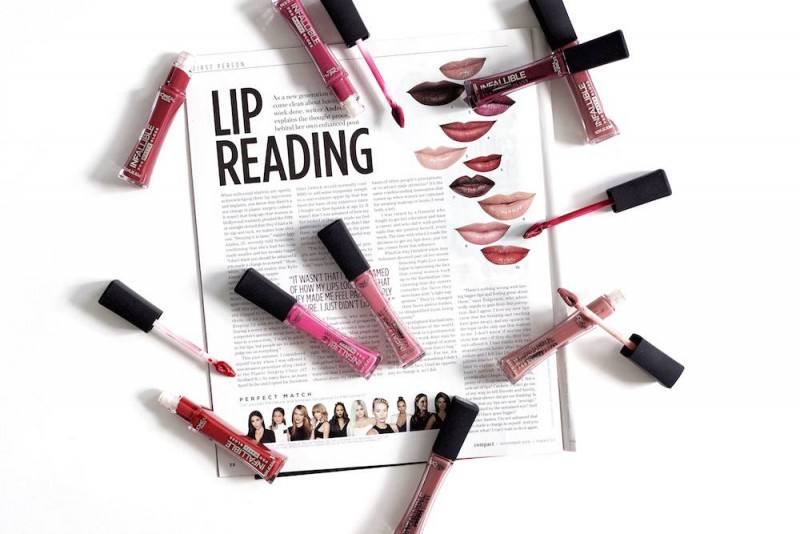